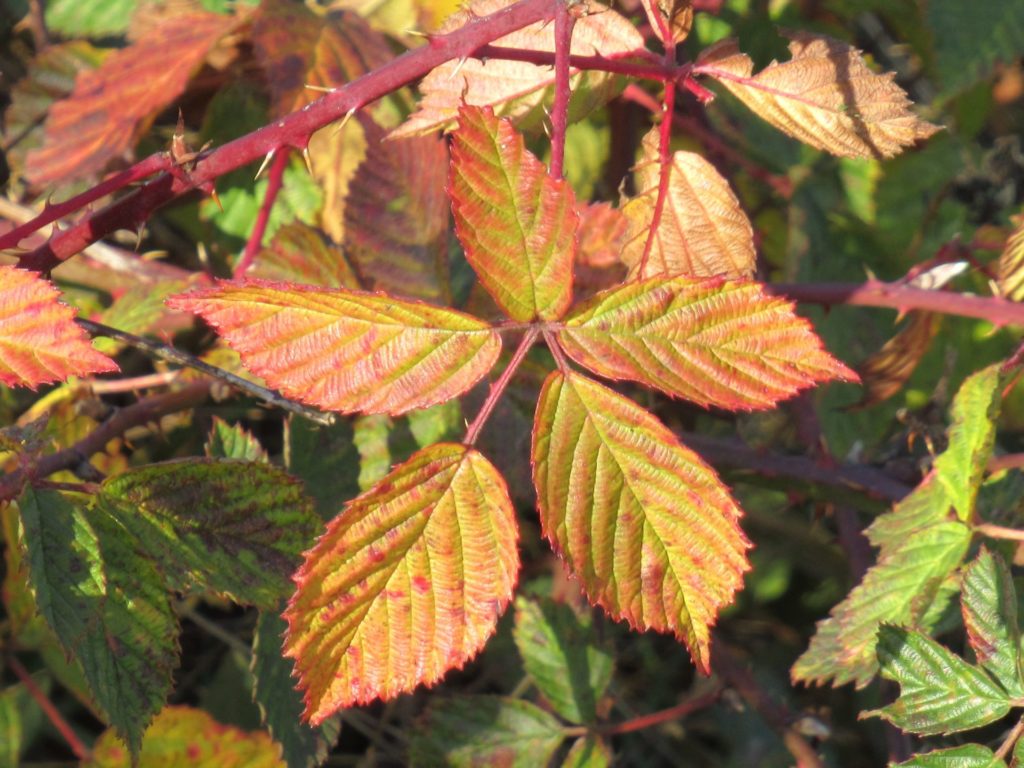 Most of my days are ordinary days. And November is, perhaps, the most ordinary month of the year. Nothing special seems to be happening.

I’m fine with that. It makes me appreciate the little things in life more. Like the meadow saffron on our window sill. 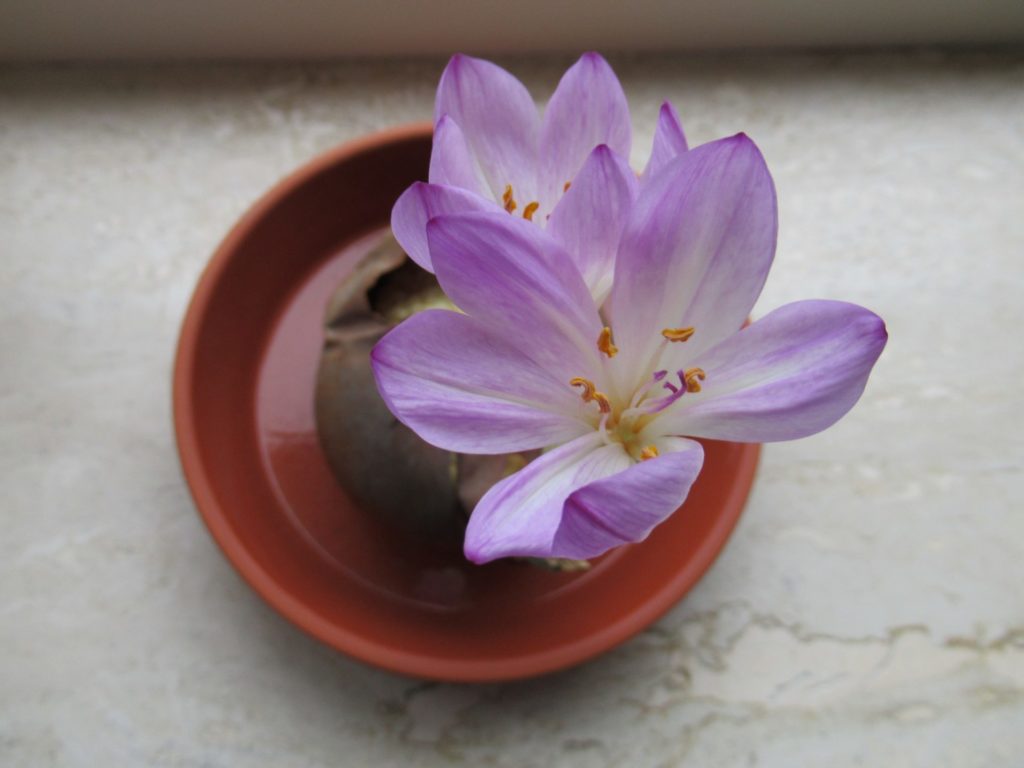 The bulb was a birthday gift from my BFF, and it has given me flowers for over two months. It’s finished flowering now, and we’ve planted it in the garden, along with many other bulbs – snowdrops, miniature daffodils, crocuses, winter aconites and purple and yellow dwarf irises.

The garden work is done. All we can do now, is wait for spring. 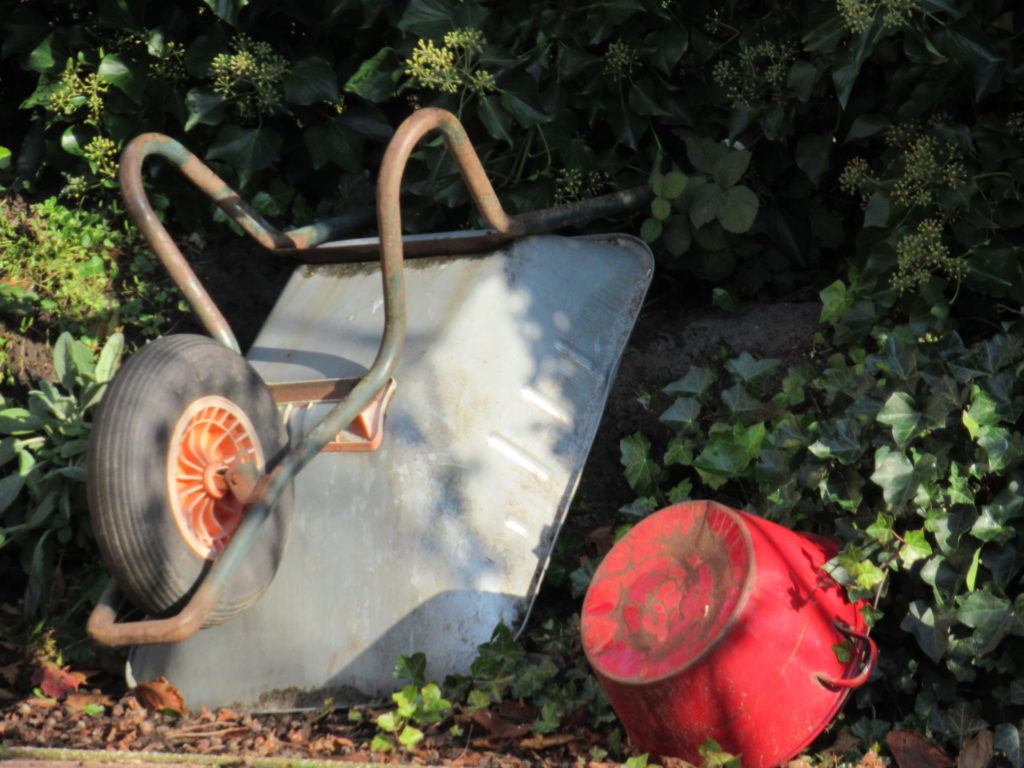 My days are filled with ordinary things, like computer work, housework and reading. This is the book I’m reading now – Circe (translated into Dutch under the same title). 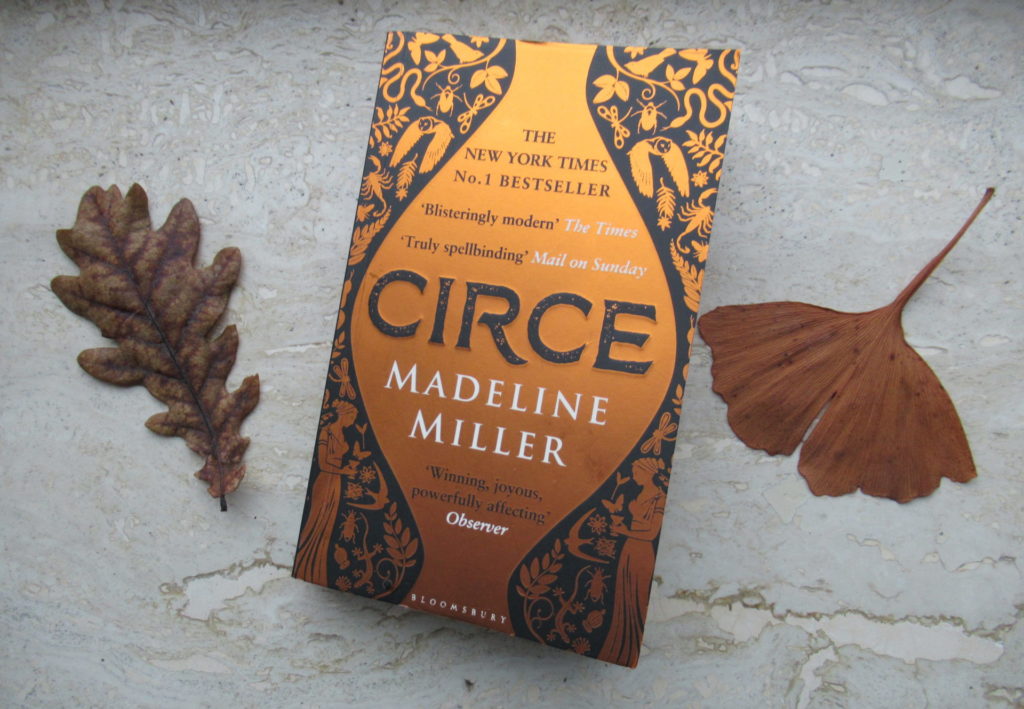 Greek mythology told from the viewpoint of a woman (well, Circe is actually a minor goddess, but still a female). It’s a great read. As far as I know, the ancient Greeks and their gods didn’t knit, but there is some weaving in it. Spell weaving, but also actual weaving on a loom, made by Daedalus.

There’s some knitting woven through my days, too, of course. At lunch time, I knit a few rows on an ordinary sock. 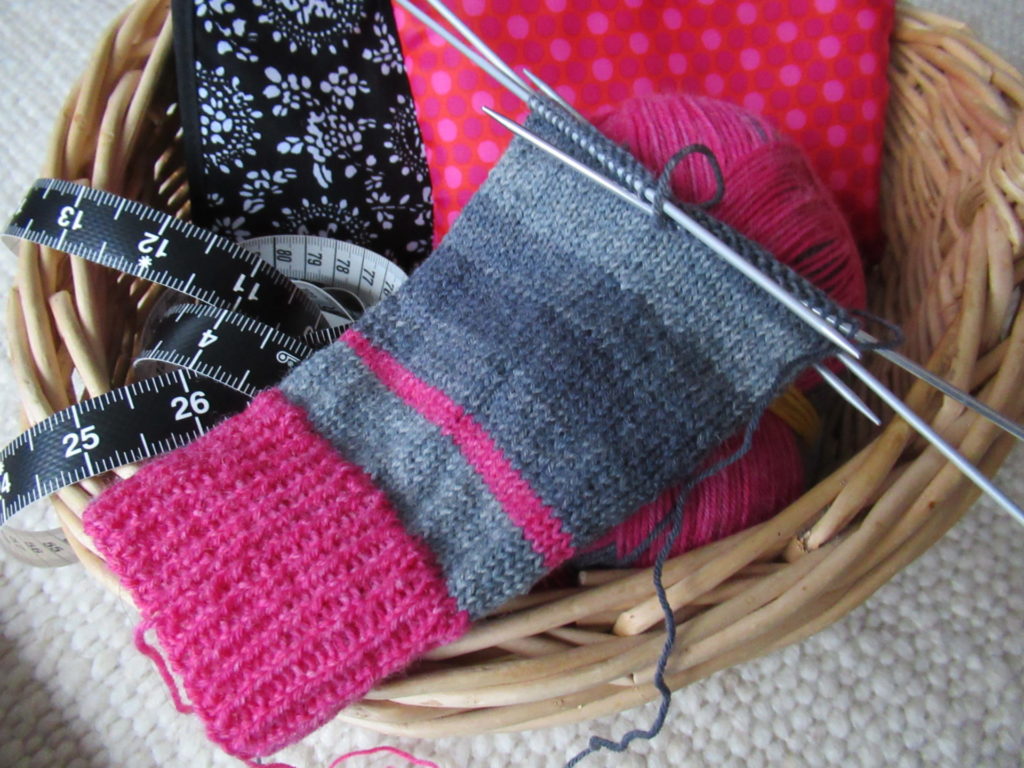 It’s a simple pleasure, easy to pick up for a few minutes and put down again until later.

As I work from home, it’s tempting to stay indoors all day on dark, rainy days. 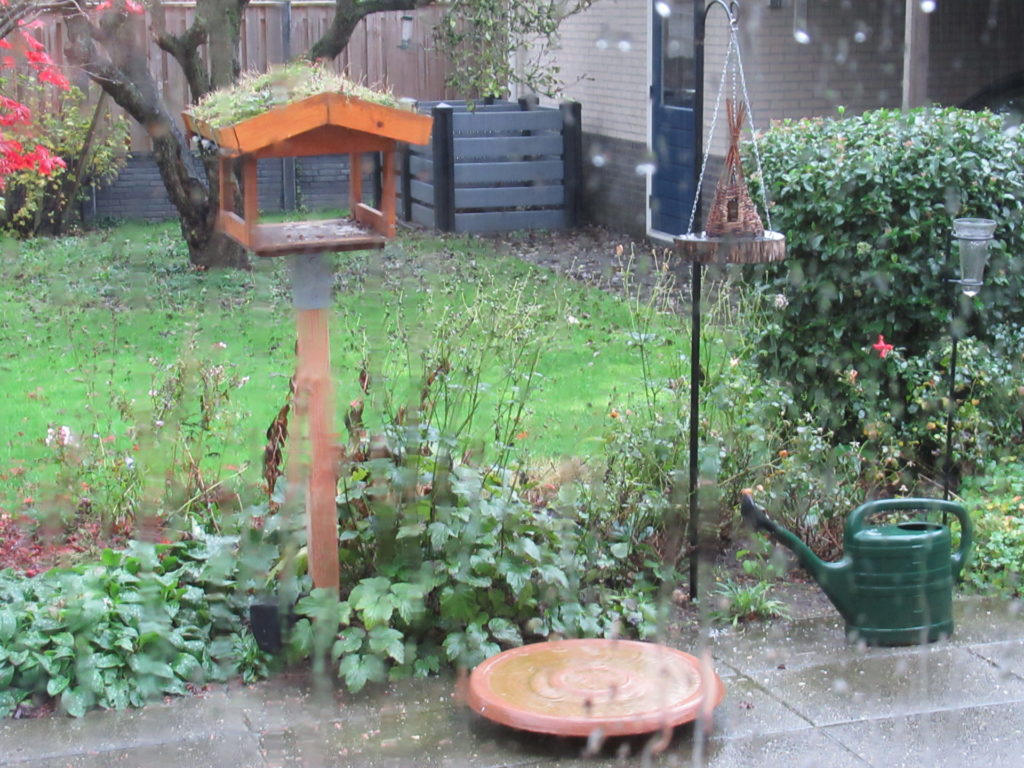 But I make a point of going out every single day, to get as much fresh air, exercise and daylight as I can, no matter what the weather. Sometimes, when I think of it, I take some pictures of ordinary things along the way. 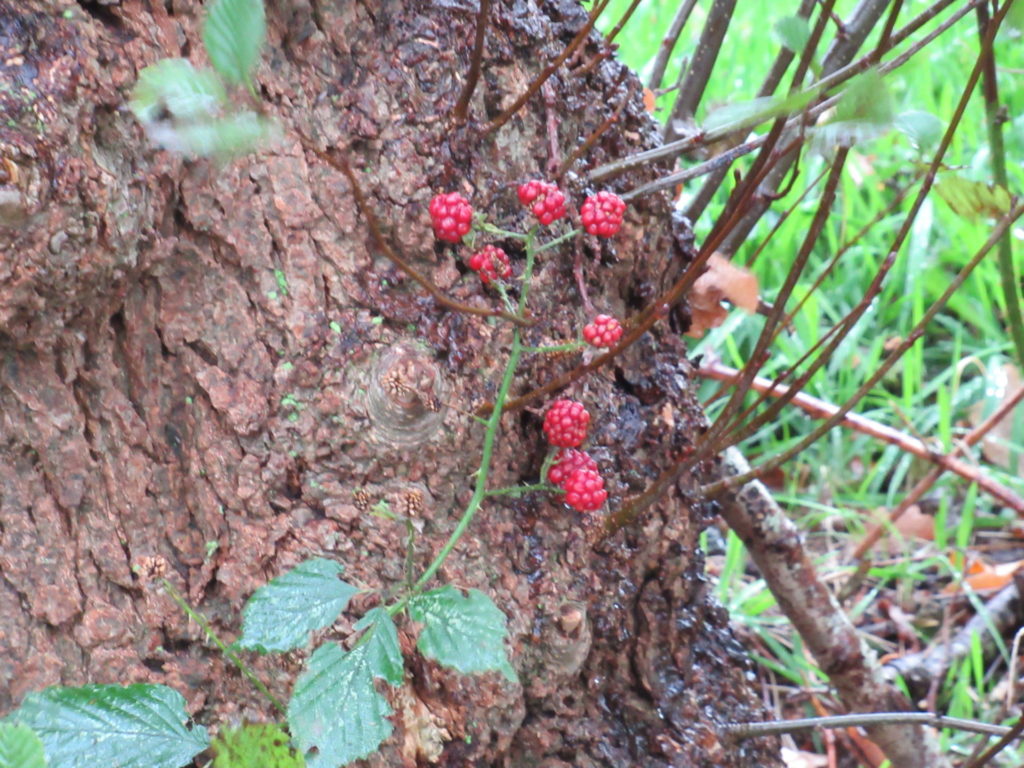 Now and then, in between the gloomy and overcast days, we’re treated to a day of glorious sunshine. It’s an extra treat when this happens on a Sunday, when we’re able to take a longer walk… 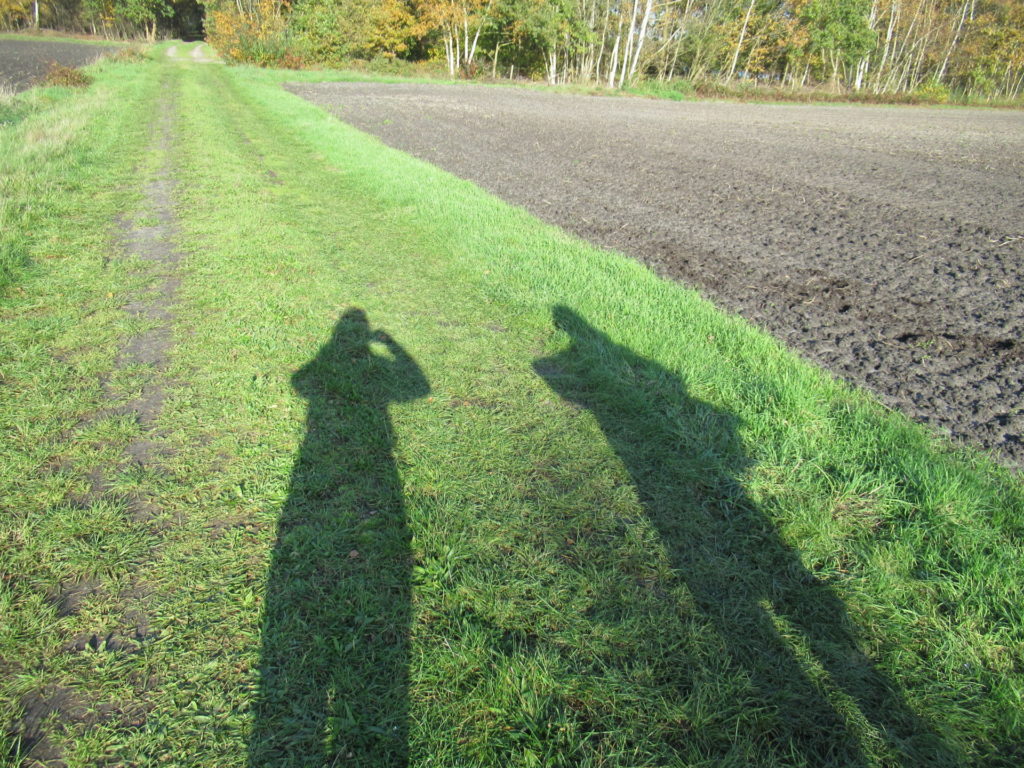 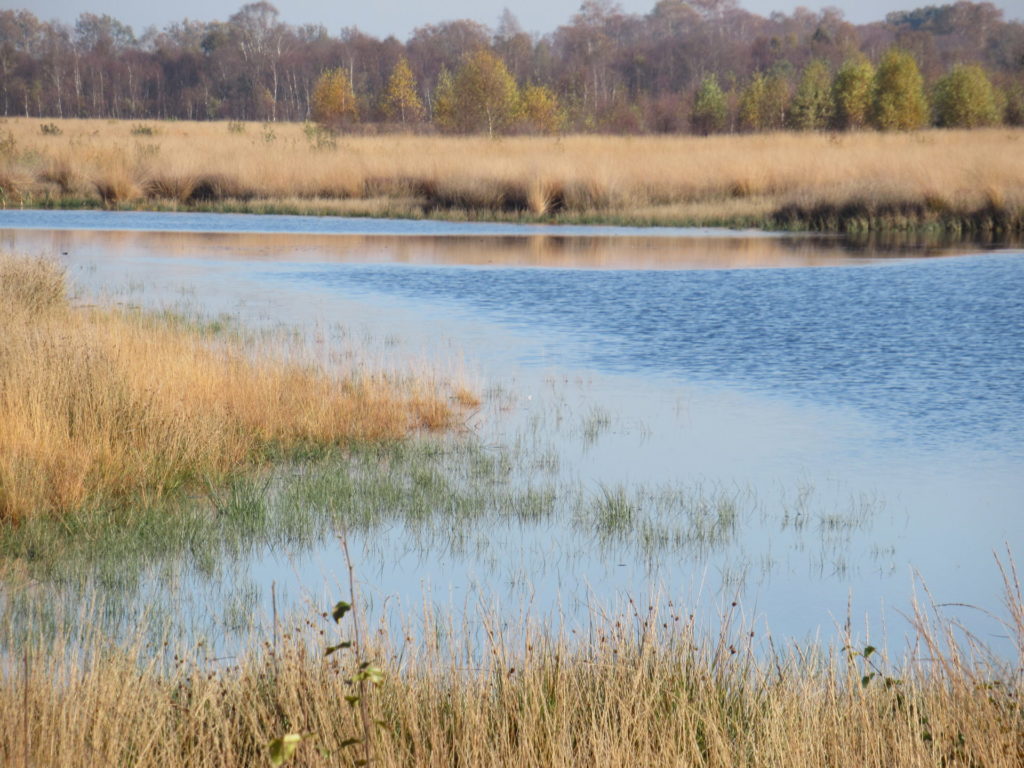 … tufts of moor grass growing in the water… 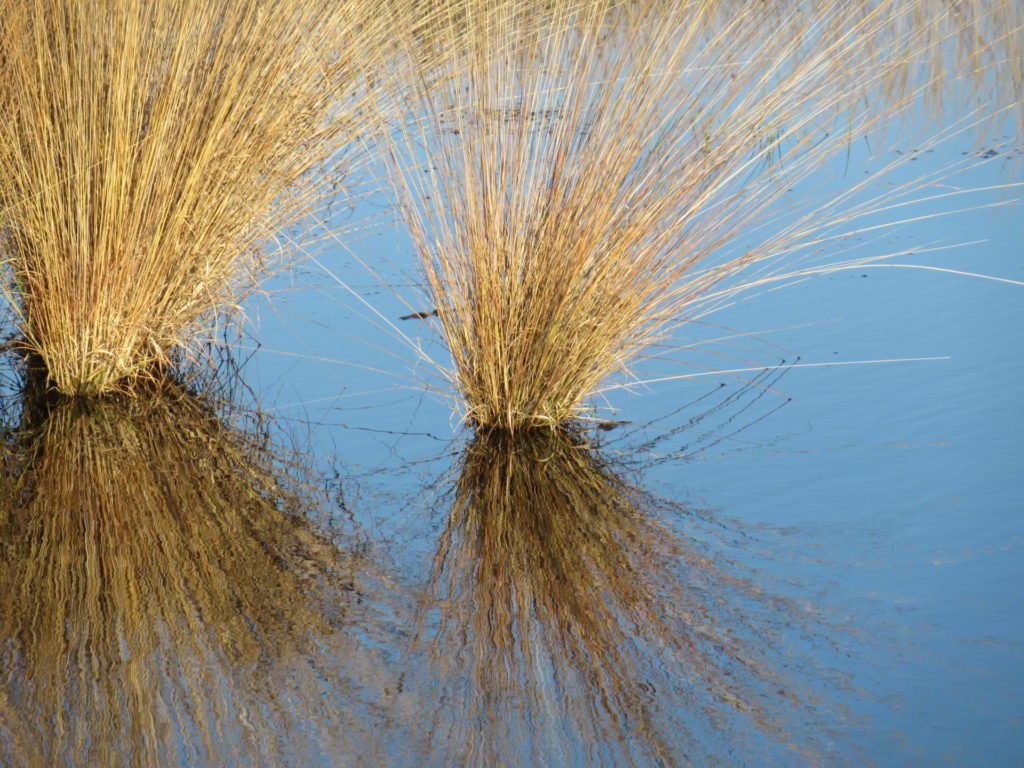 … and the still surface of a small lake mirroring some birches. 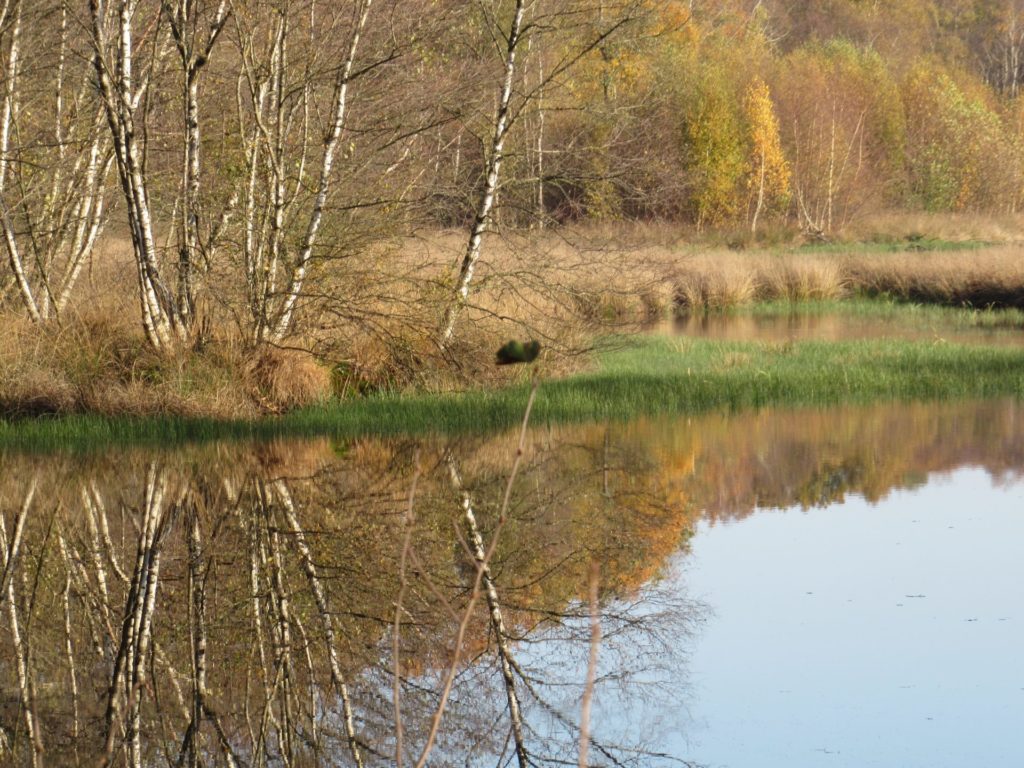 It gets dark early and the evenings are long. Every evening I add a few centimetres to the simple cardigan I’m knitting. 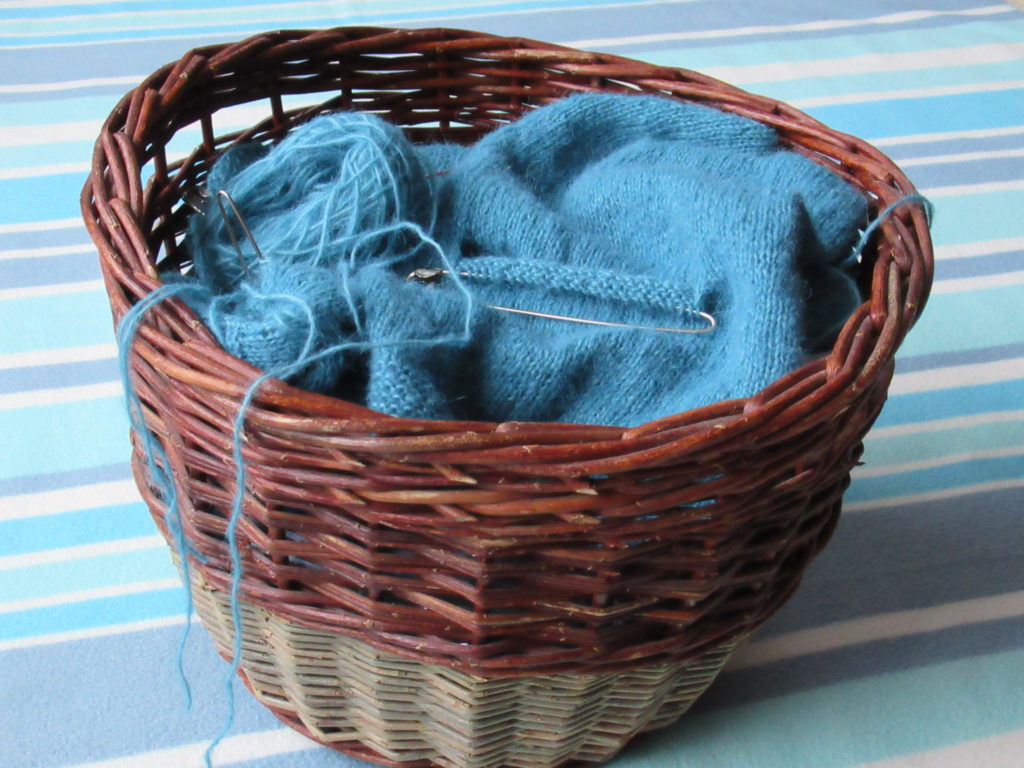 And I finally find the time to weave in the ends of some dishcloths that I knit a while ago.

Having said all that, I do have something special to celebrate next week. I hope you’ll join me again then.