Early one morning last week. It was still dark. The first raindrops started to fall as soon as I left home. Before I had cycled to the end of our street it was bucketing down, and by the time I reached the railway station, I felt like a drowned cat. How fitting. I was on my way to Leiden, to visit an exhibition about some of the finds from a shipwreck.

It must have been a day just like this when, somewhere around 1650, a ship filled with trade goods from the Mediterranean sank off the coast of the Island of Texel. About 360 years later, a group of divers found the wreck. They discovered that it contained a load of boxwood and resins, but also many luxury items, like Italian pottery, an elaborately decorated silver gilt goblet, and a leather book cover embossed with the crest of the House of Stuart.

Most exciting of all were the textiles that were found, perfectly preserved by the sand that had covered them for centuries. Among them were a gorgeous silk dress and a pair of silk stockings. It is these stockings that the exhibition I was visiting was about. The original 17th Century stockings were not on display, but replicas of them, like the ones you can see at the top of this post and these: 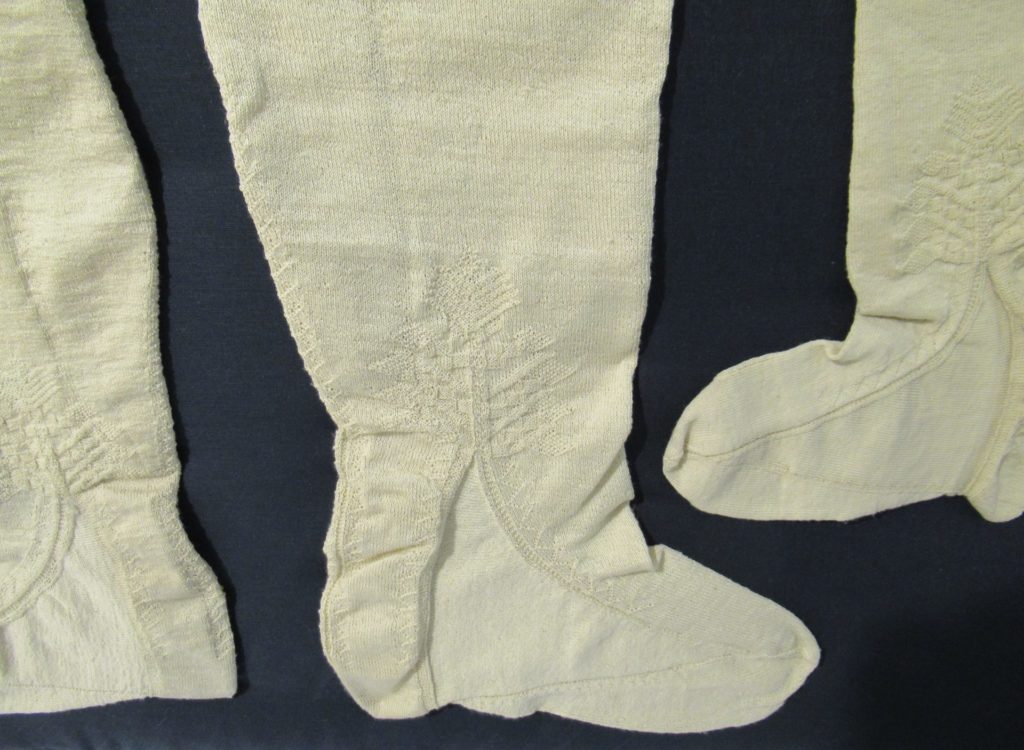 So, why would I travel all the way to Leiden (20 minutes cycling through pouring rain, 2 hours by train, 15 minutes by bus) to see some replicas of stockings? I hope you’ll understand by the end of this post.

For me, it all started a year or two ago, when I read about a citizen science project involving knitting. I attended a lecture by archaeologist Chrystel Brandenburgh, describing the shipwrecked stockings and the idea of recreating them to find out more about the materials and techniques used at the time they were made and who they may have belonged to. My interest was piqued, but when I heard about the very thin needles that would be used, and had estimated approximately how much time it would cost me to knit one of these stockings, I chickened out.

Other people had more pluck. Over a hundred experienced knitters from the Netherlands and abroad took part in the project. They started by knitting swatches. 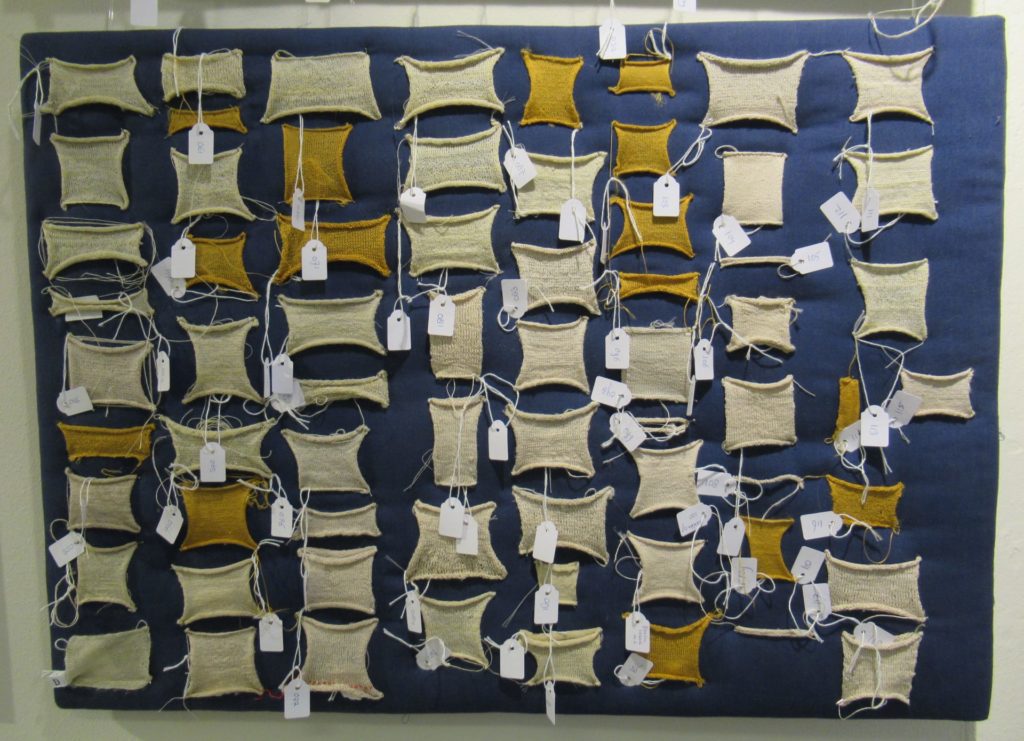 They tried out different types of silk thread to find out what came closest to the original stockings. They were faced with questions like ‘should the silk be degummed before or after knitting?’ Silk contains a natural gum, called sericin, that needs to be removed for the silk to become soft and shiny. I didn’t know that. It is one of the things I learnt from the exhibition.

That’s one of the reasons I’m glad I went – there’s so much to see and learn. I loved the magnifiers dotted about the place, through which I could study the tiny details. 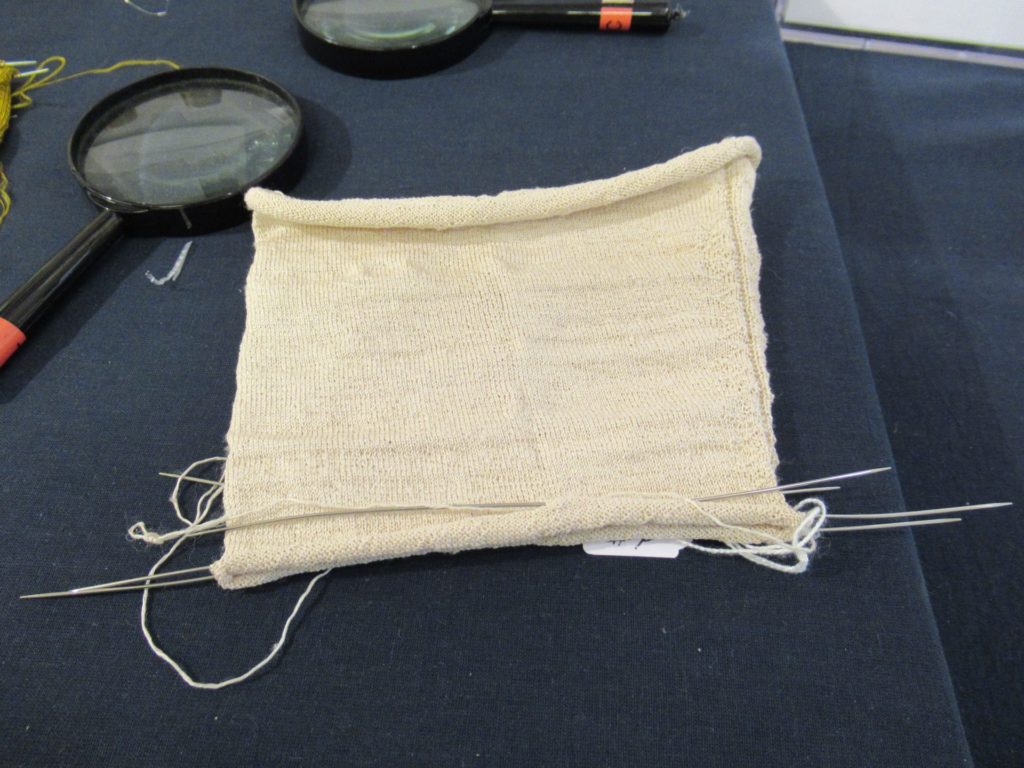 The needles the knitters used were very, very thin, from 0.7 to 1.0 mm (US 000000 to 00000). I heard that it took them on average 240 hours to finish one stocking. Two-hundred-and-forty hours to finish ONE stocking! I can quite understand that they didn’t all manage to actually finish theirs. The unfinished stockings were not a waste of time, though. Even the unfinished ones yielded valuable information.

Together, the knitters and researchers studied the needles and materials used, and also the stitch patterns. The stockings were mainly knit in stocking stitch, but had a kind of fake ‘seams’ decorated with purl stitches. 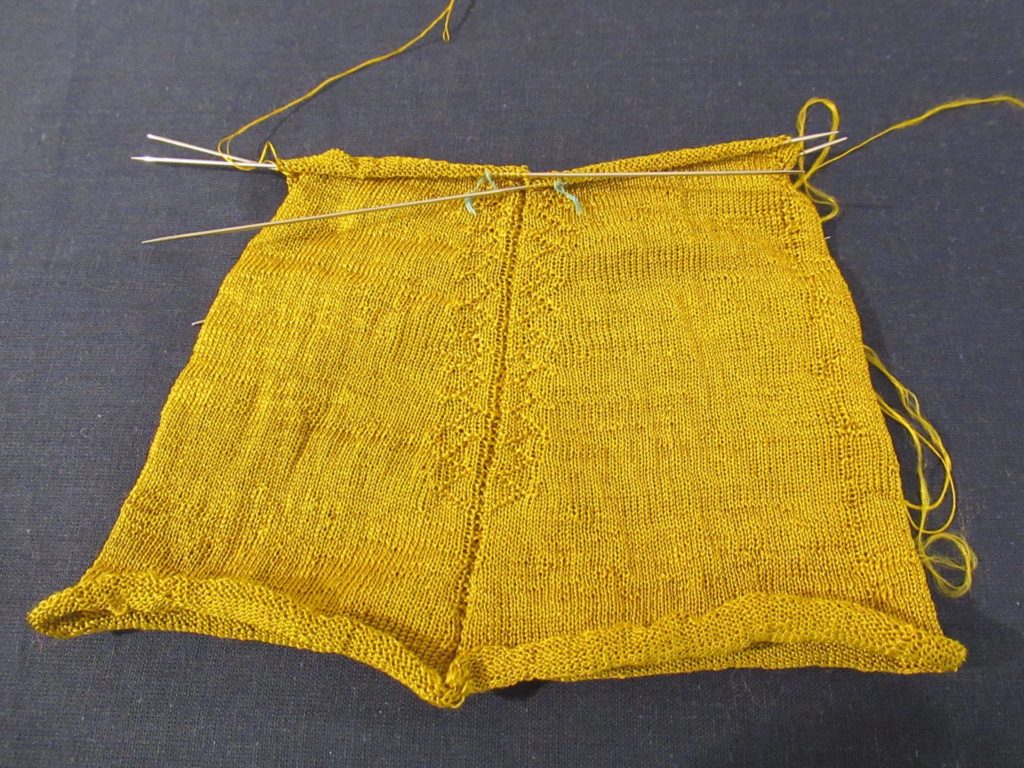 And they had a tree of life motif at the top of the gusset. 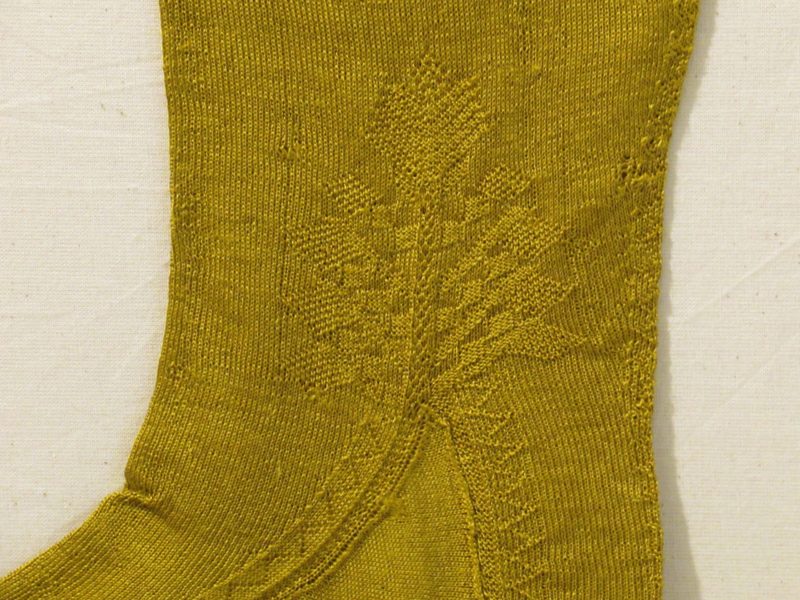 Most of the stockings I saw were off-white, but some were coloured. I don’t know why and how. There was so much information there, that I missed some of it. 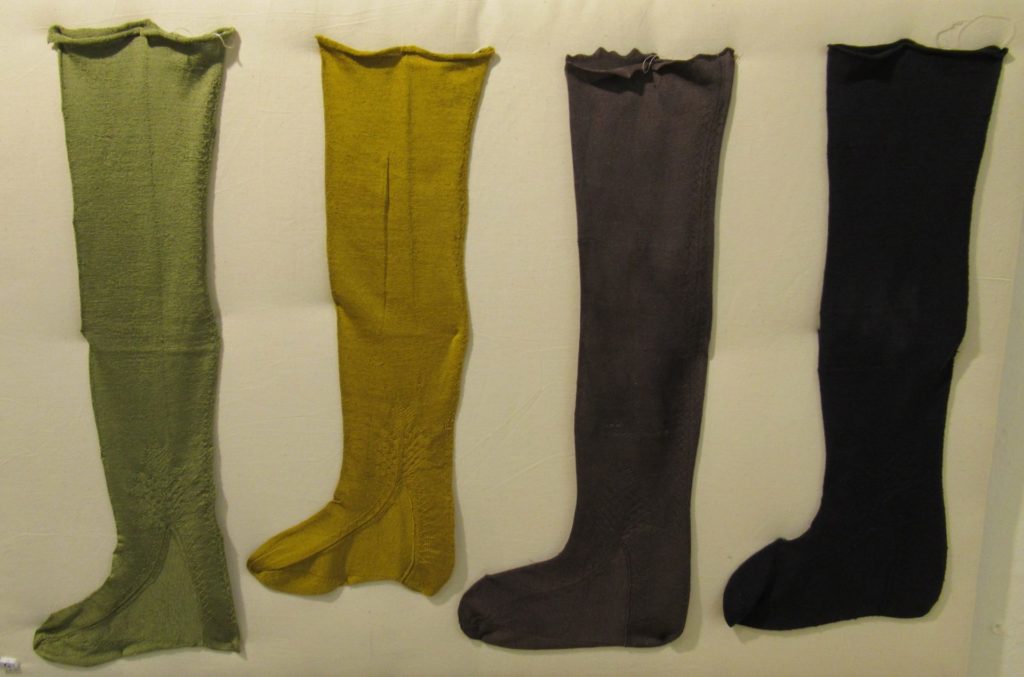 Replicating the shipwrecked stockings made it clear that they were probably meant to be worn by a man, because they were long enough to go over the knee, which was how men used to wear them at the time. Women wore theirs tied below the knee.

Well, that was my brief impression of the exhibition ‘Socks and Stockings’ at the TRC. I hope you now understand why I traveled all the way to Leiden to see some stockings. Do go and visit if you can – the exhibition is still on until December 19th 2019.

If you’re still not convinced that you should go – apart from these stockings, there are also many, many colourful and interesting socks to see. Maybe I’ll write more about those in my next post. 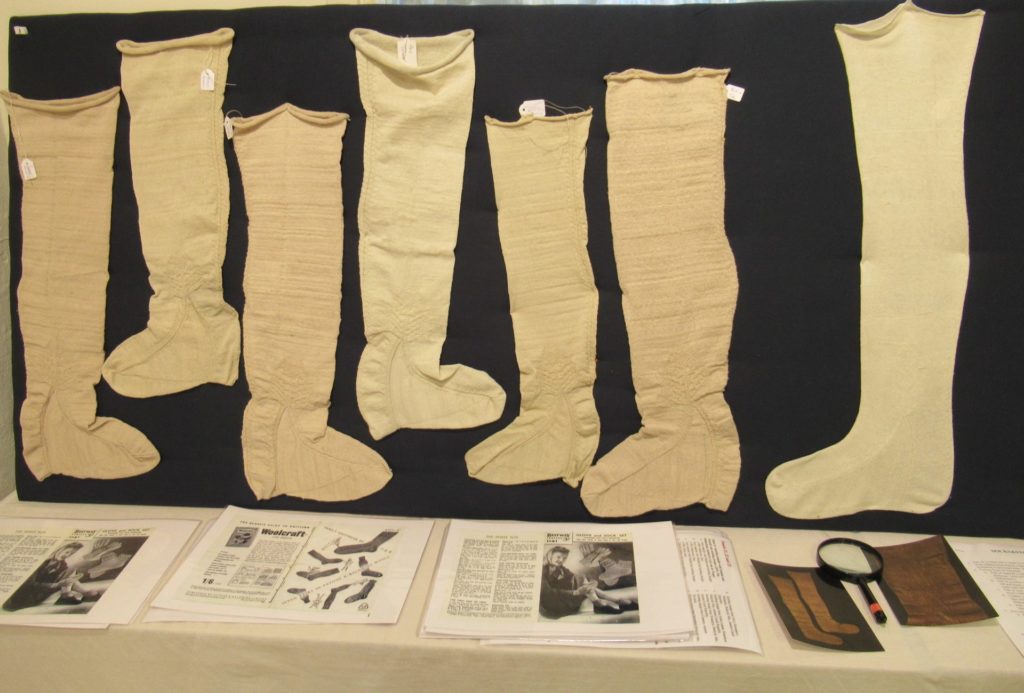 For most of these websites, the best way to access the information is to enter ‘stockings’ or ‘kousen’ into the search menu.