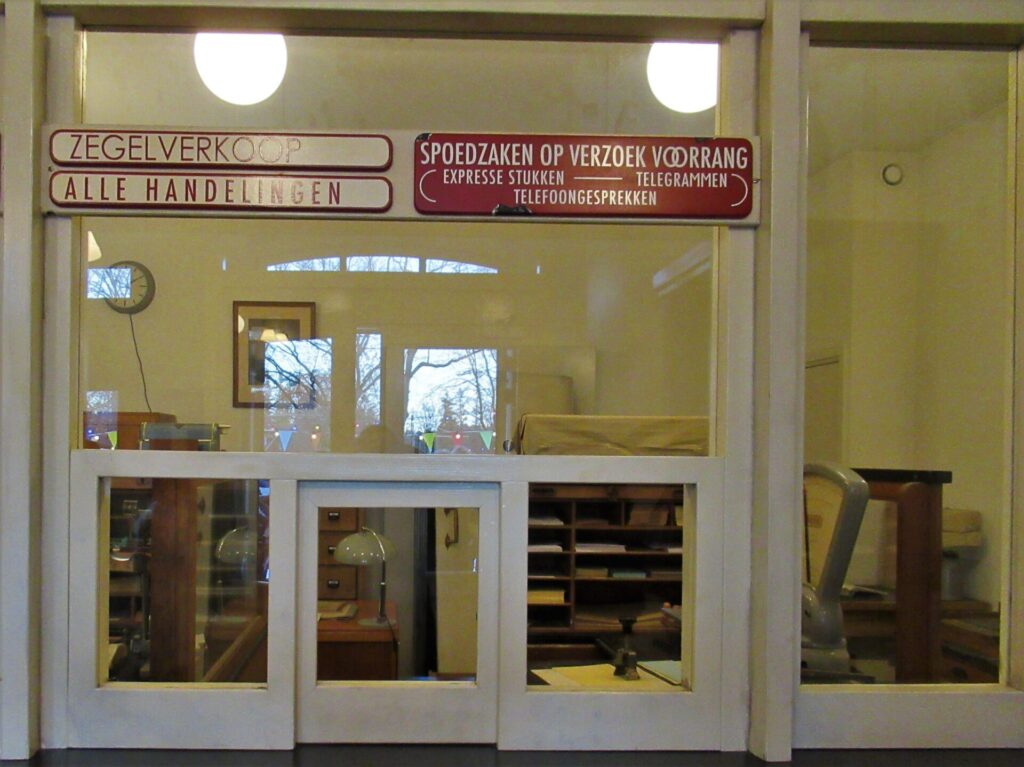 I really wanted to write a warm and fuzzy post about knitting, but with everything that’s going on I can’t. My heart goes out to the people of Ukraine, I’m holding my breath and my mind is working overtime. Some of the things that popped up in my mind were images from an earlier visit to the Dutch Open Air Museum. What have they got to do with anything? Please bear with me.

The photo above shows the interior of a 1950s/1960s post office in the museum. Stepping inside, I’m a child again, queueing for I-don’t-know-what with Mum, looking up in awe at the high, high ceiling. 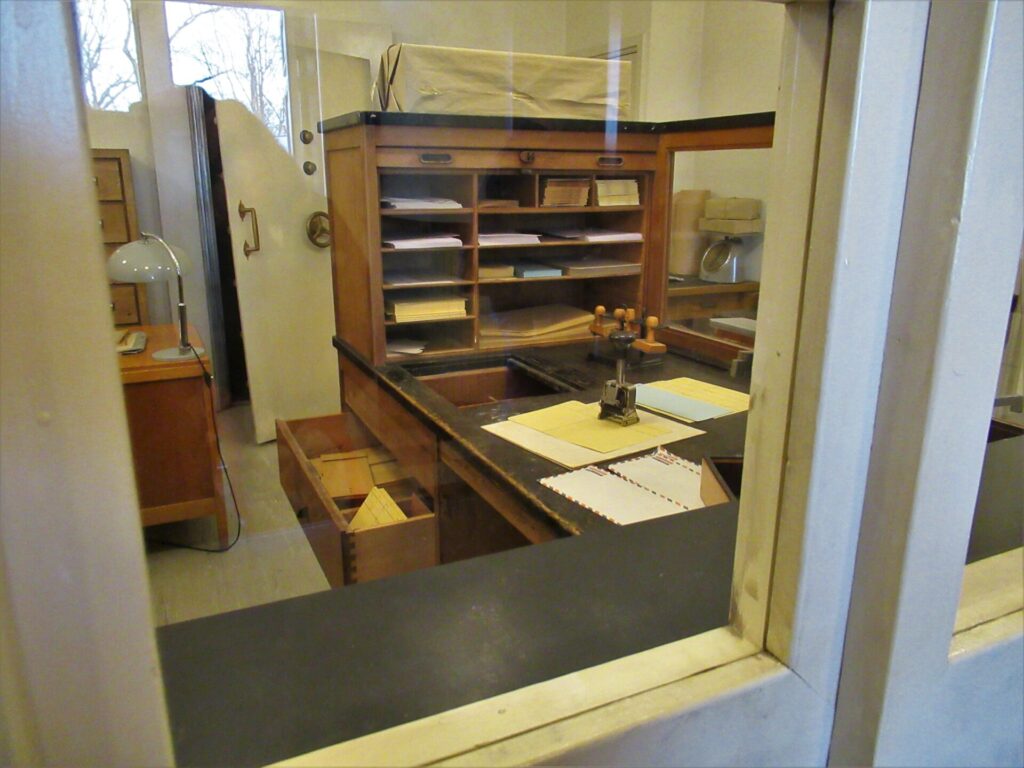 It was an unexpected wave of nostalgia – I had all but forgotten about this childhood ambition.

The Open Air Museum is an amazing place. The old houses and other buildings are lovely. 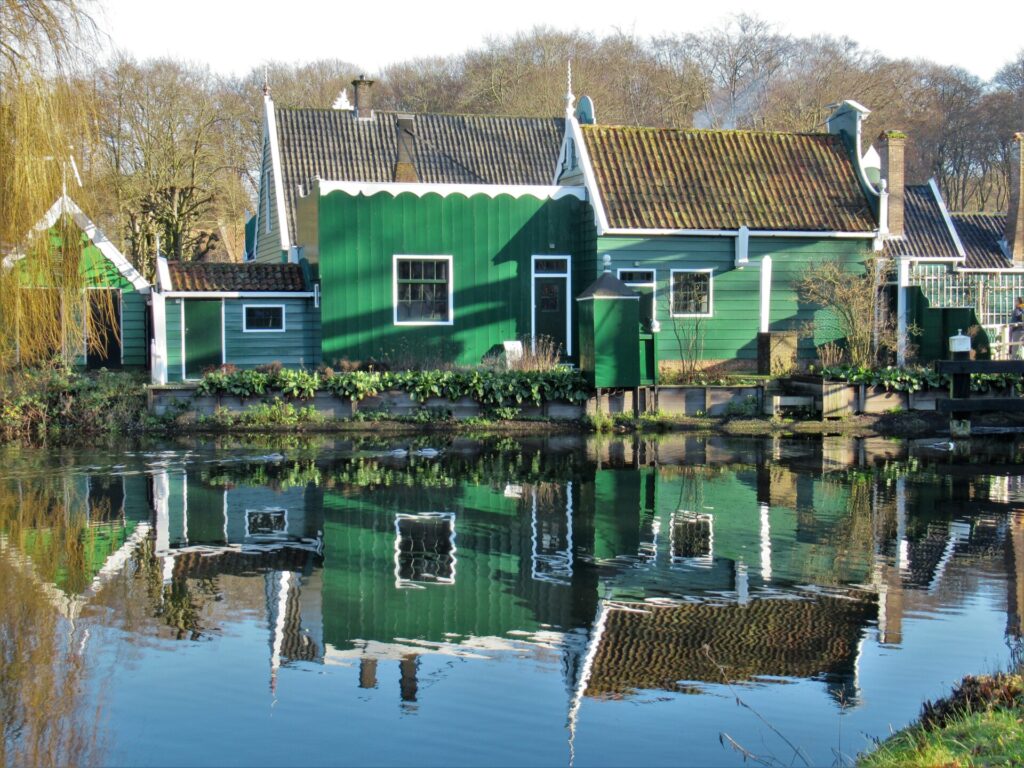 And it’s very interesting to look at household utensils and tools from different periods. 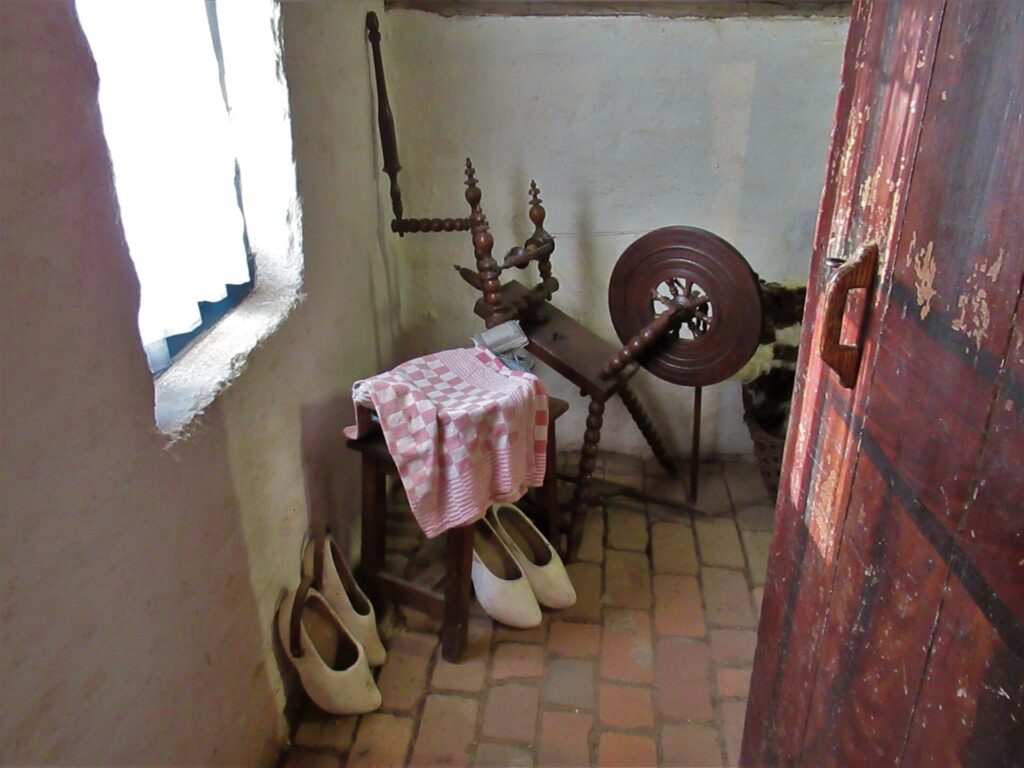 But it’s the things from more recent times that really evoke strong feelings of nostalgia for me, like the living-room from the 1970s. The photo isn’t great because it was taken through a window, but it gives an impression: A woman in a maxi dress, that special seventies design style, and everything in brown and orange. 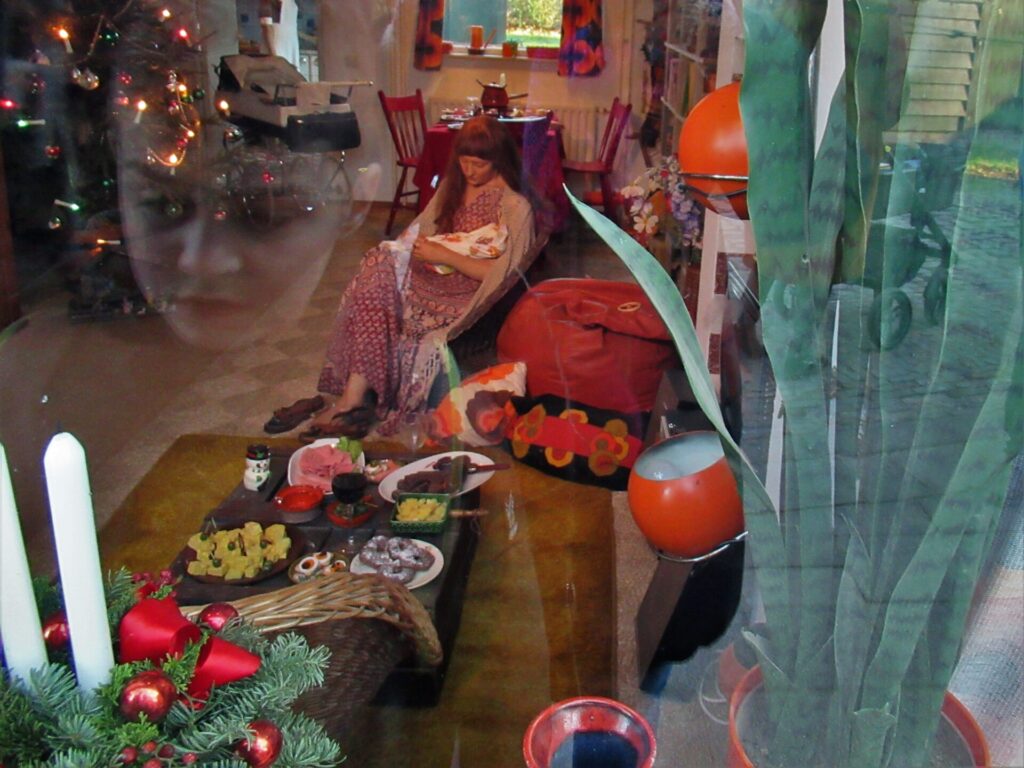 This No Nukes poster was the most unexpected item to push my nostalgia button. It whooshed me right back to the huge peace protests of the early 1980s. We were dreaming of a peaceful world without nuclear weapons. 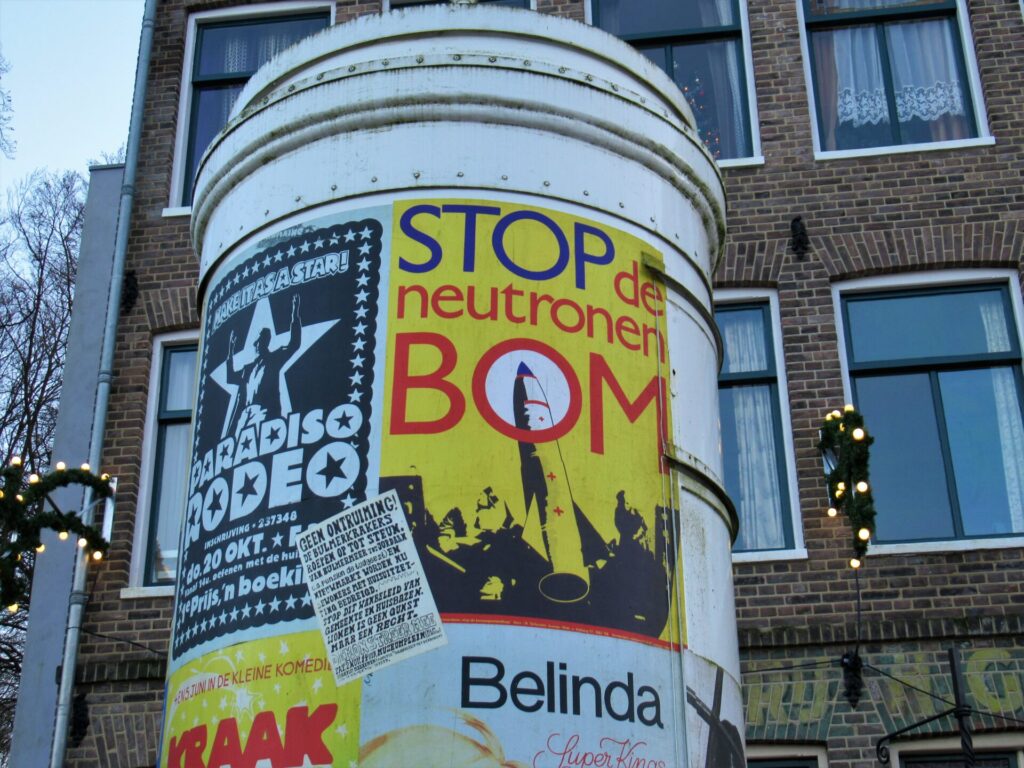 And look at where we are now, in 2022. I feel shocked and abhorred by what is happening in Ukraine, and the return of nuclear threat.

I heard a Ukrainian woman living in the Netherlands say on the news, ‘We don’t need your concern, we need your help.’ I never got to work in a post office, but I didn’t become a world leader either. What can we, ordinary citizens, do?

The Open Air Museum houses a small exhibition about knitting for the war effort in 1914. Nobody in their right mind would feel nostalgic about WWI, but at least knitters could make a real difference. The newspaper article below calls on the women and girls of the town of Zeist to knit socks for soldiers, preferably dark grey. 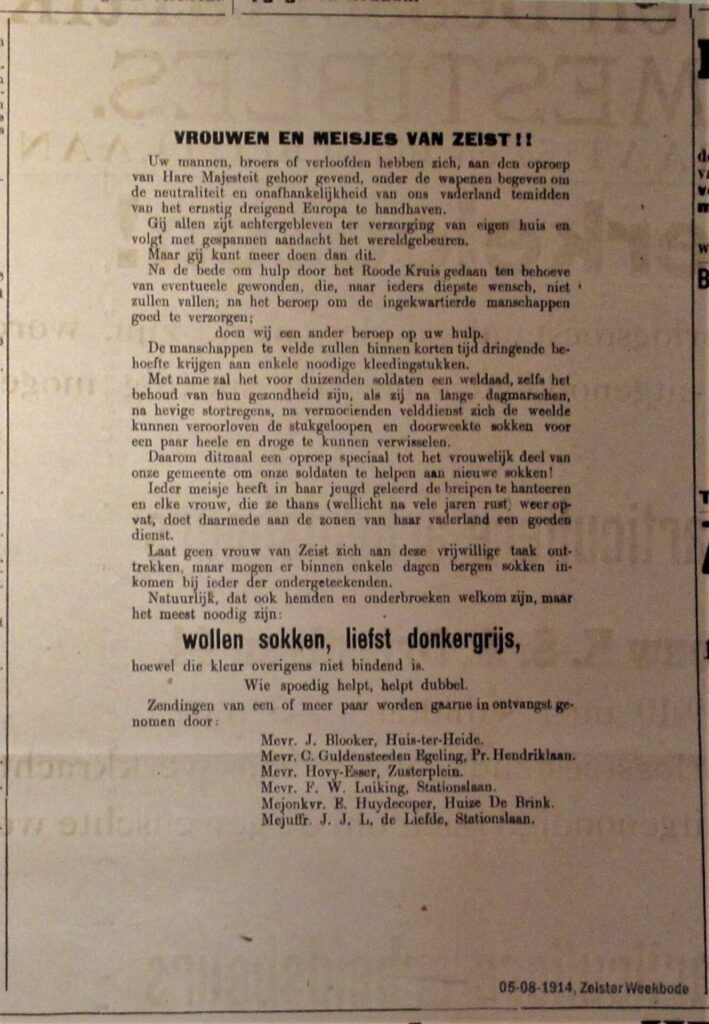 From what I’ve read, I know that these socks and other knitted items were not just a great comfort, but a real help too. Woollen socks could even help prevent a serious condition like trench foot. 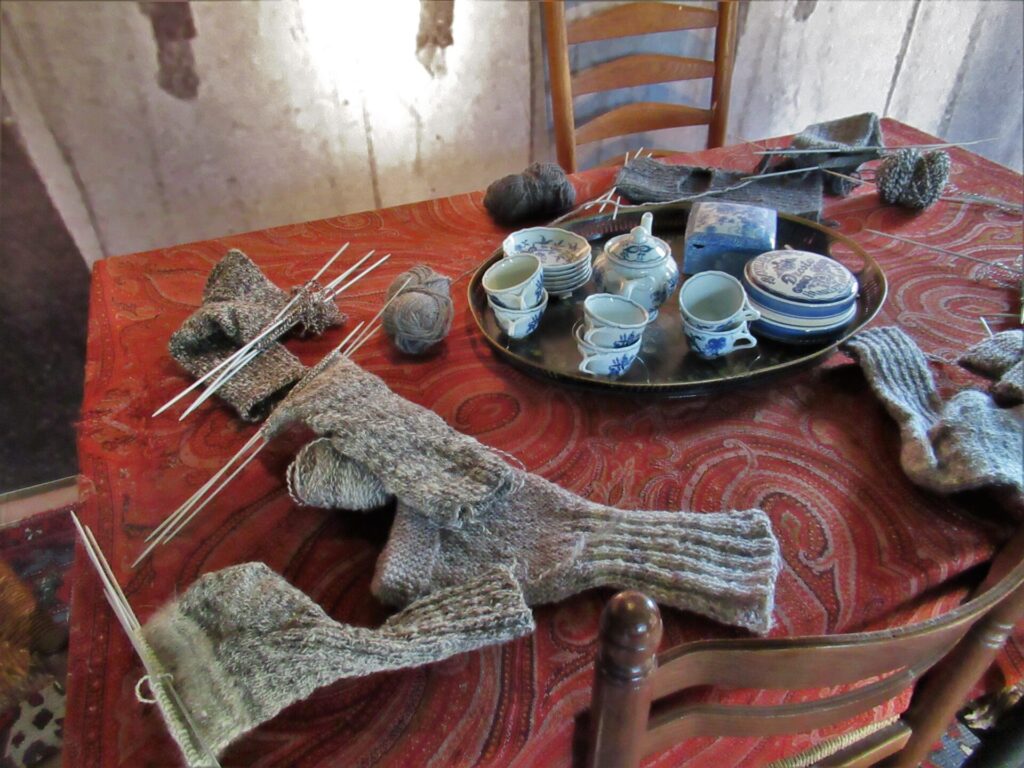 In the US literally millions of items were knit and shipped to Europe under the auspices of the Red Cross (interesting article here).

Now, again, the Red Cross is asking us to help – this time not by knitting, but by donating to them or other reliable organizations giving medical and humanitarian aid. More information can be found on the websites of the Dutch Red Cross, the international Red Cross or the Dutch Cooperating Aid Organizations at Giro 555.

Let’s do(nate) what we can. And let’s not forget to breathe and to appreciate the good things in life. 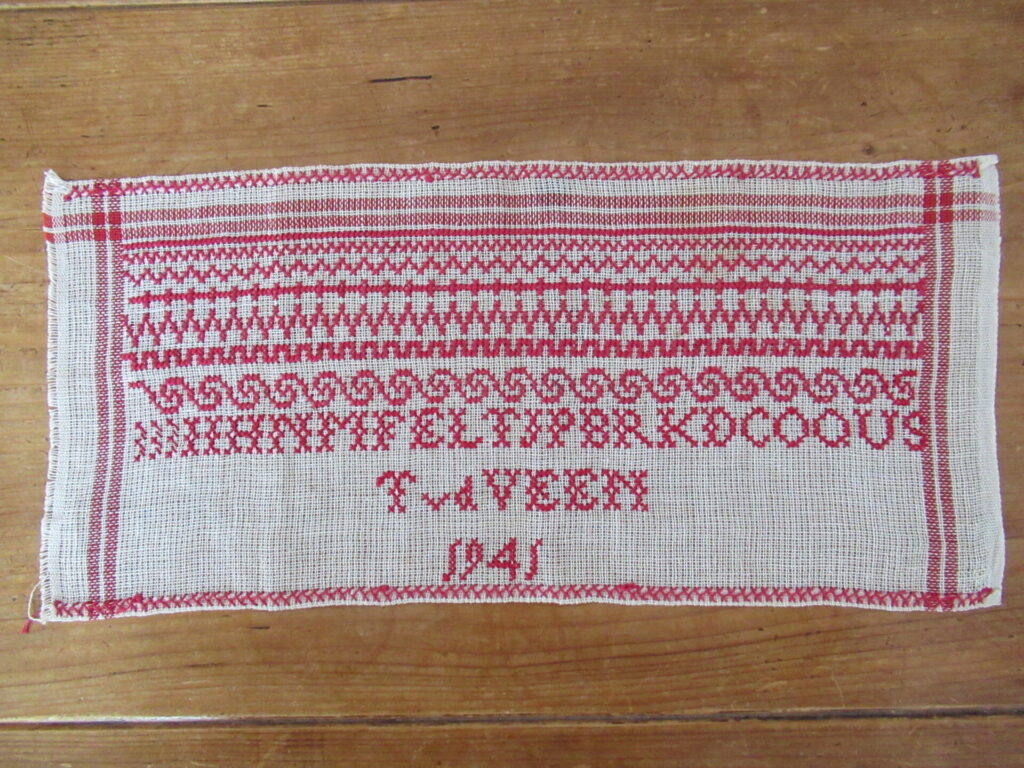 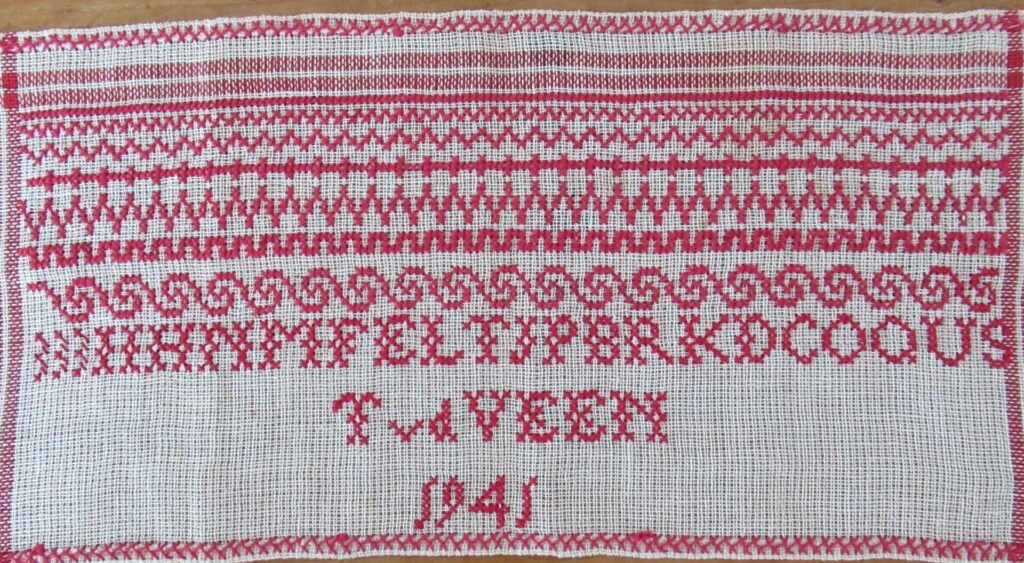 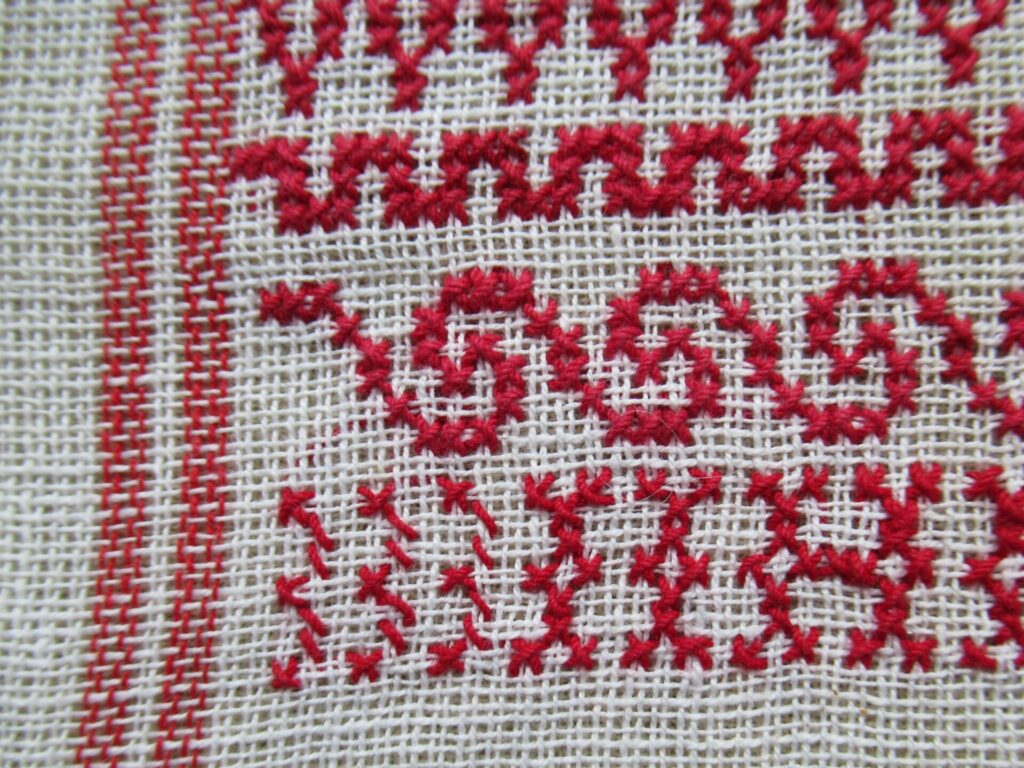 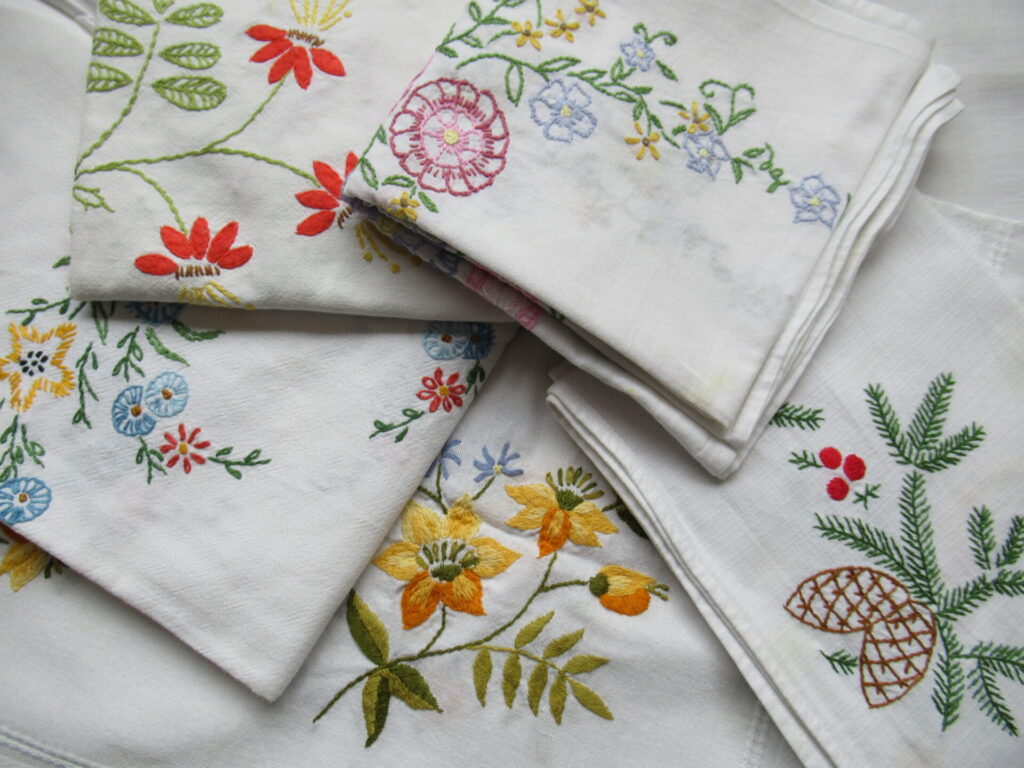 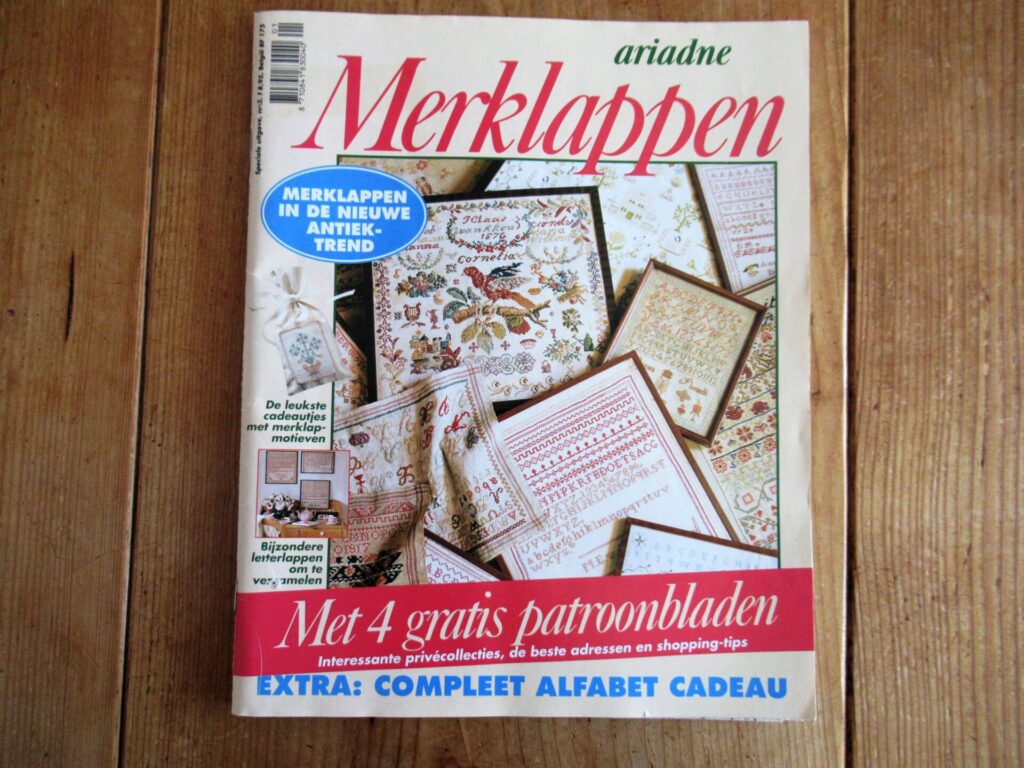 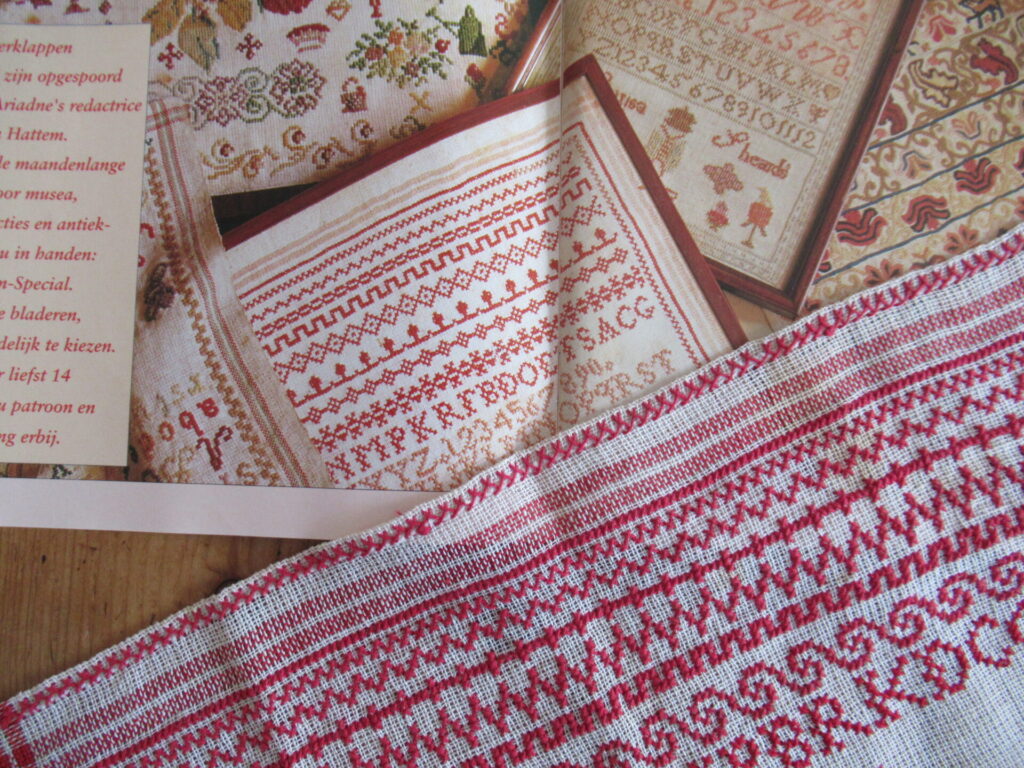 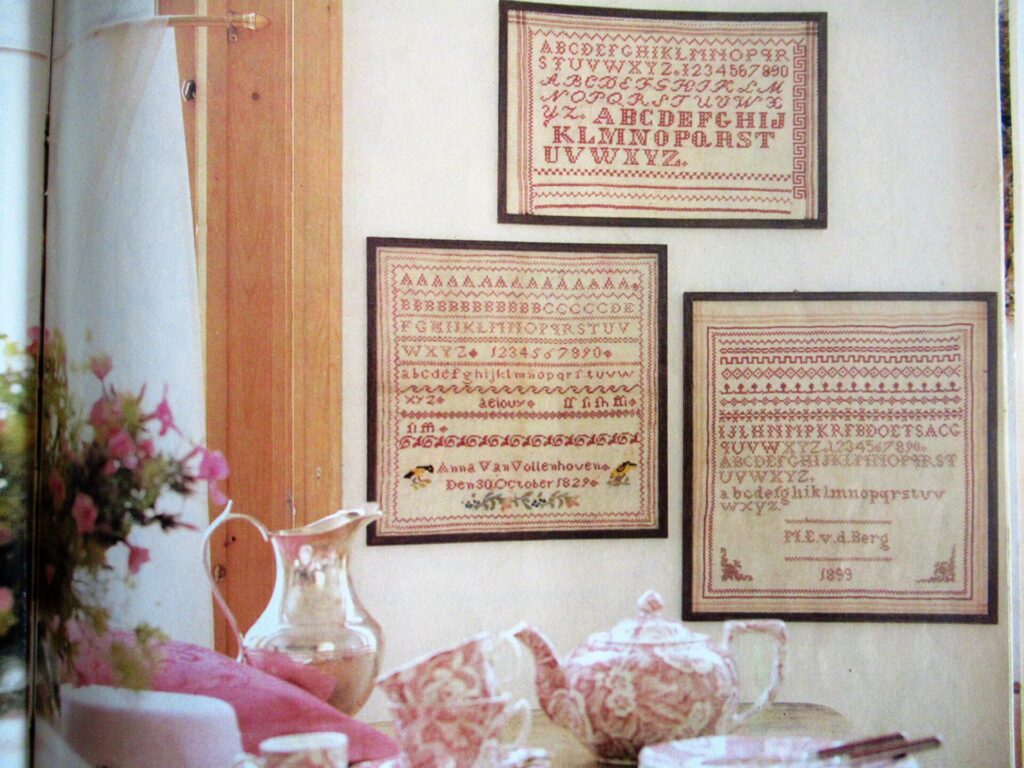 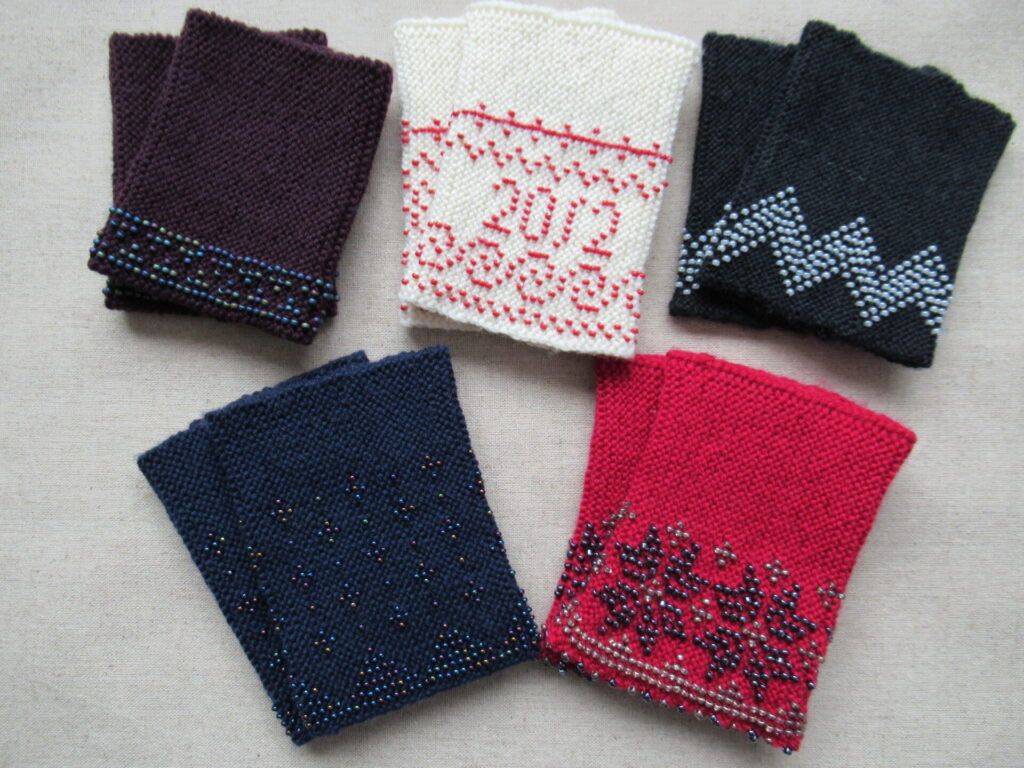 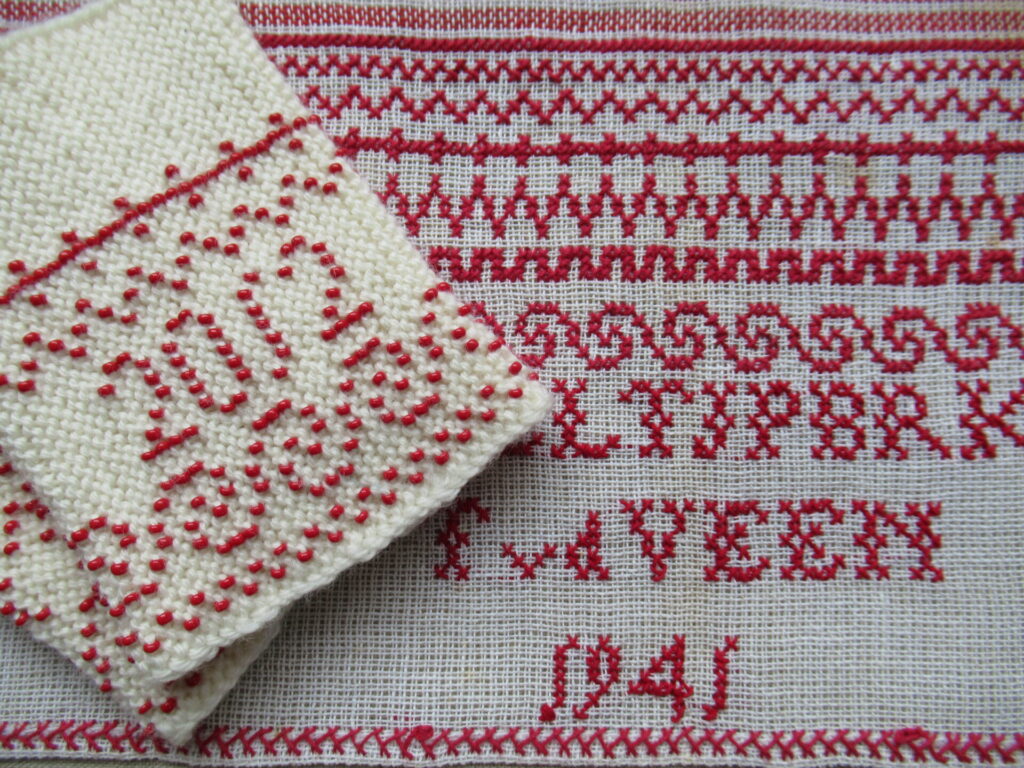 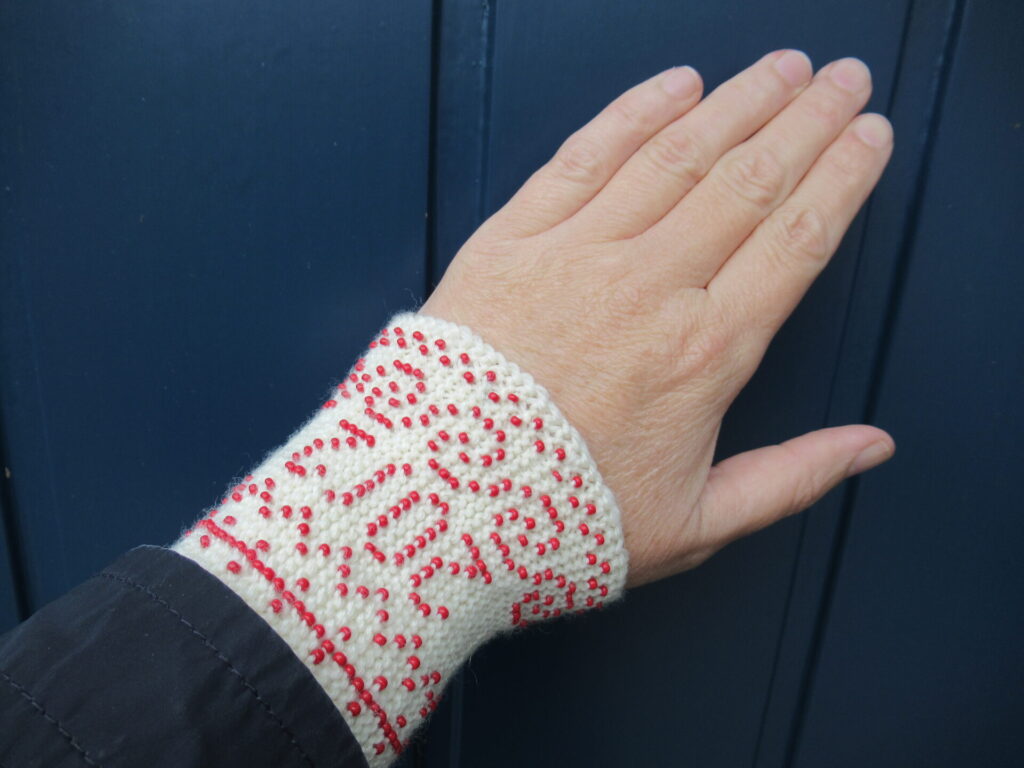 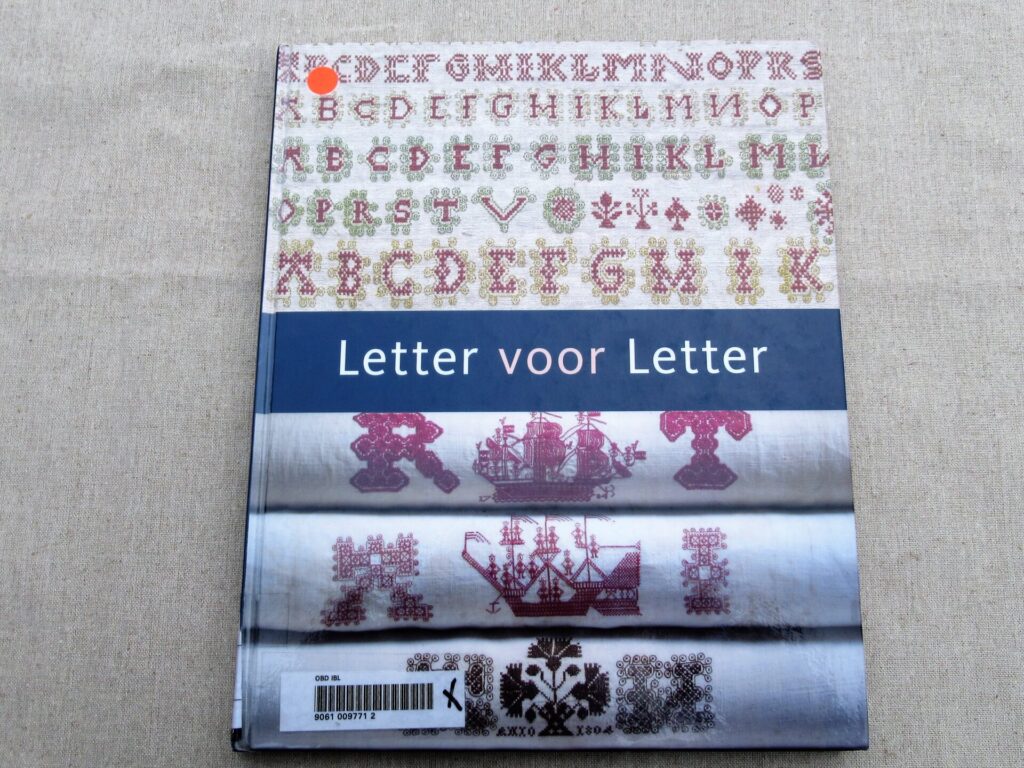