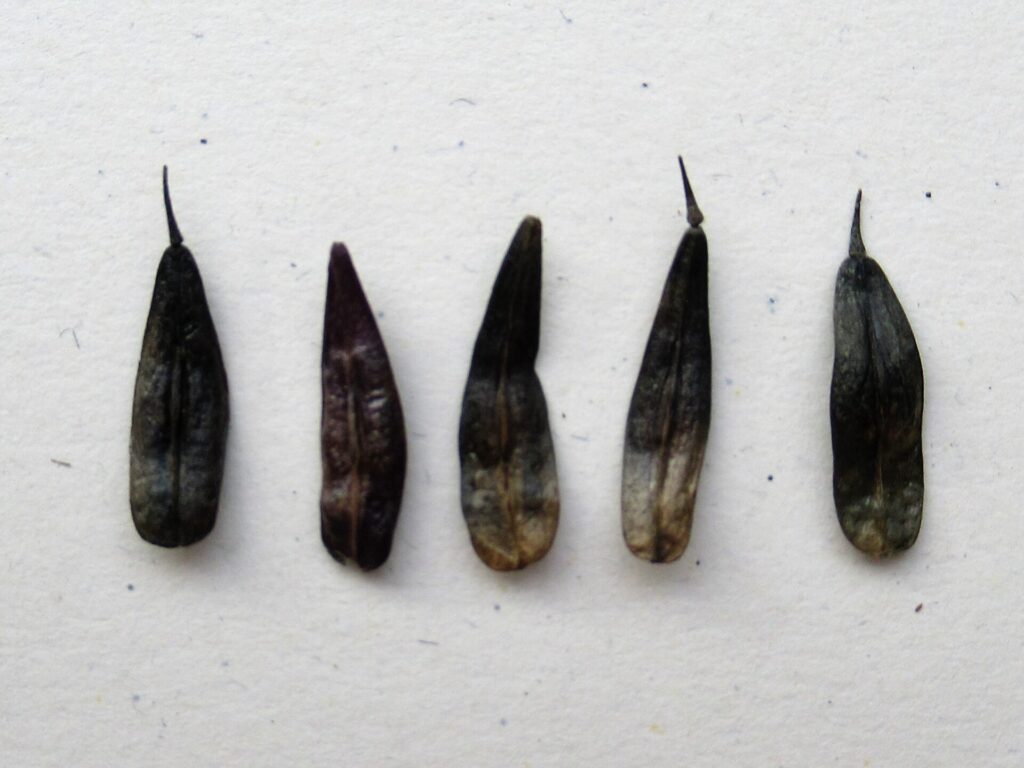 ‘Urgent: Woad Growers Wanted’, a newsletter that landed in my inbox said. At first I thought, ‘Go away, I’m too busy.’ But after a while I thought, ‘Oh, why not? It sounds really interesting, and it won’t take any time at all!’ So I answered that I’d like to be involved and received a packet of woad seed. 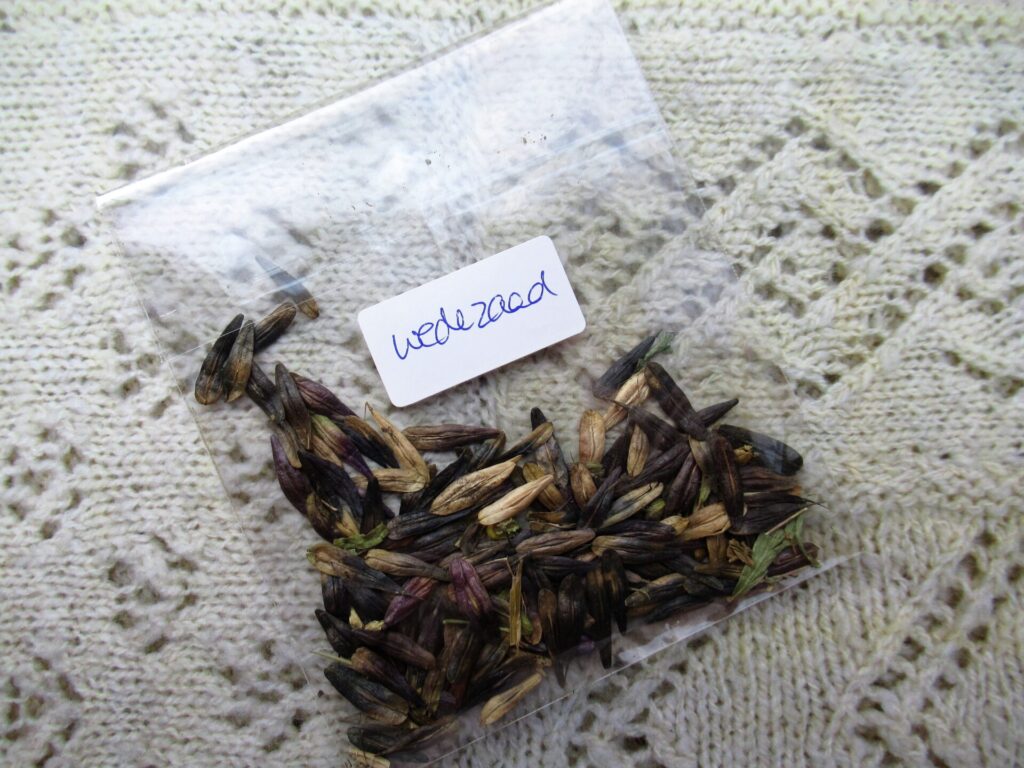 It came with a lovely postcard of a blanket knit from local and hand spun wool. It is one of the blankets that was made last year, as part of a community project aimed at rescuing local wool from being labelled as waste and shipped off to China. 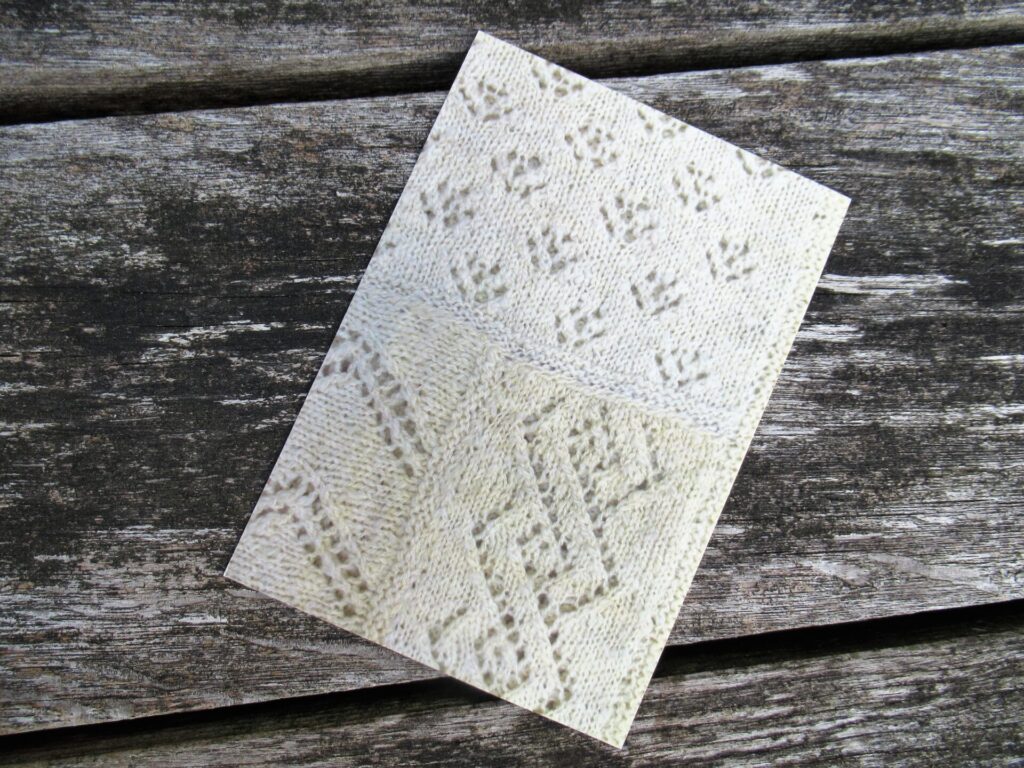 The call for woad growers came from the same people who organized the blanket project. They are now working on more ideas for things to do with local wool, and one of them is dyeing it with locally grown woad.

I won’t pretend to know everything there is to know about woad. In fact, I knew very little about it before I became involved in this project.

From the newsletter, I learnt that for centuries, wool was dyed blue with woad in the Netherlands and other parts of Europe. In the 18th century, Frisian wool comber Eise Eisinga won international awards for his beautiful blue wool. In his spare time, Eise built a planetarium that is now a museum (I knew that, I’ve been to it and it’s great!). The museum still owns his original dye recipes, including one for dyeing with woad.

The seeds themselves vary in colour from pale yellow and green to a deep purplish blue. 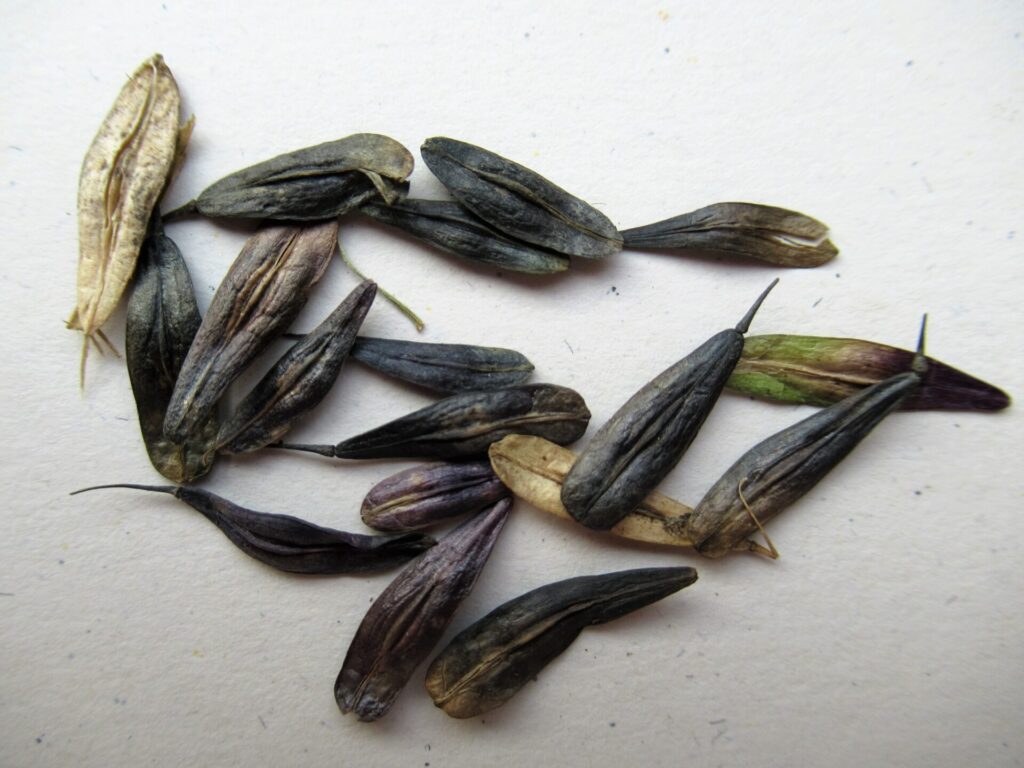 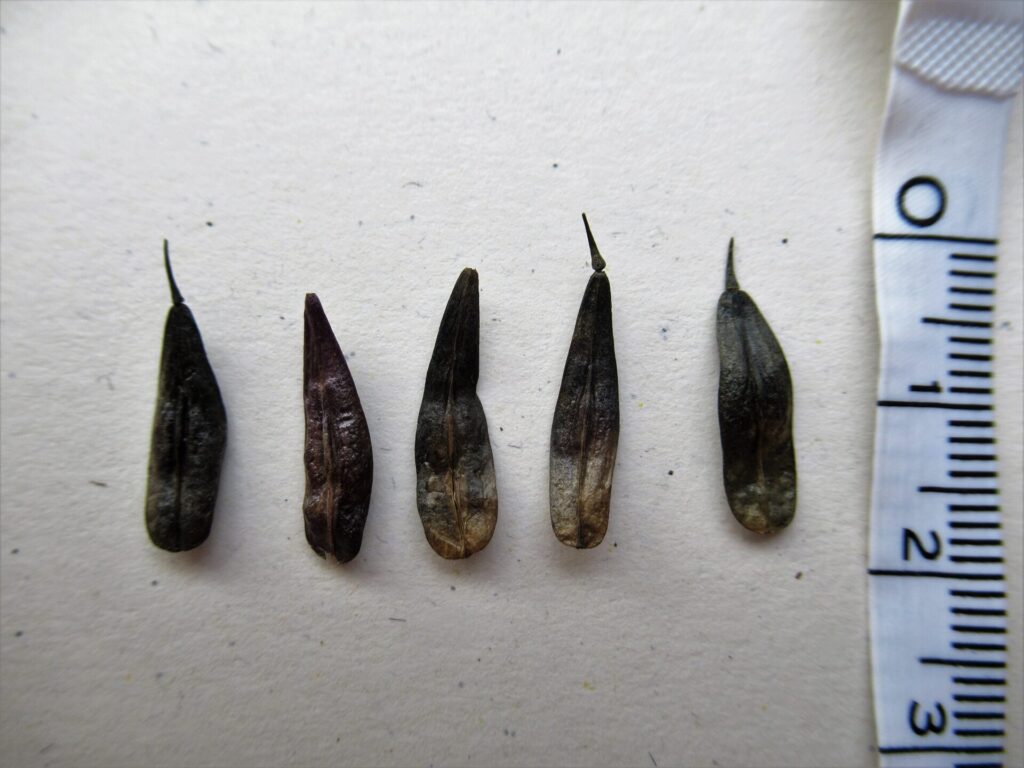 When I thought ‘it won’t take any time at all’ I was kidding myself. When I get involved in a project like this, I can’t just plant a few seeds. I take it seriously, want to do it well, and want to know more than the newsletter tells me. Here are a few things I found out:

I was going to sow the seeds directly in the garden. But the instructions say that they should be kept moist at all times, so because of the hot and dry weather, I decided to sow them in pots first. 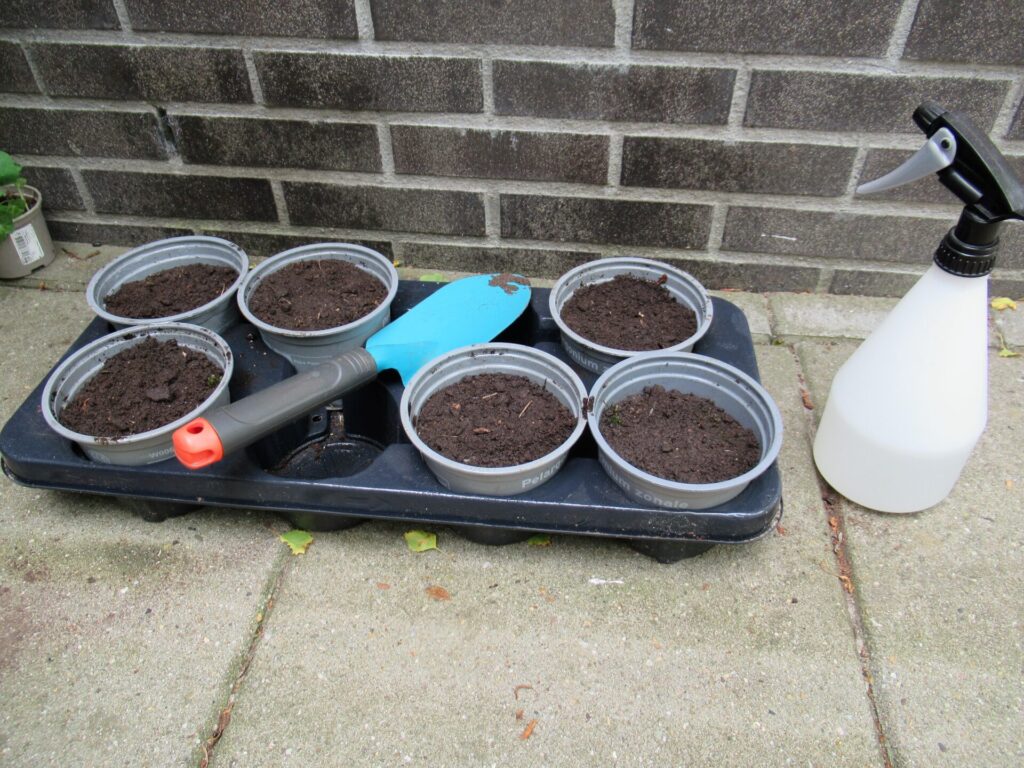 I didn’t use special potting soil, but just dug some soil from the garden, sowed the seeds, covered them with a thin layer of soil, and carefully moistened the soil with a plant sprayer afterwards. Although I placed the pots in the shade, the hot wind had already dried out the soil several hours later. So I spray-misted them again and covered them with plastic. 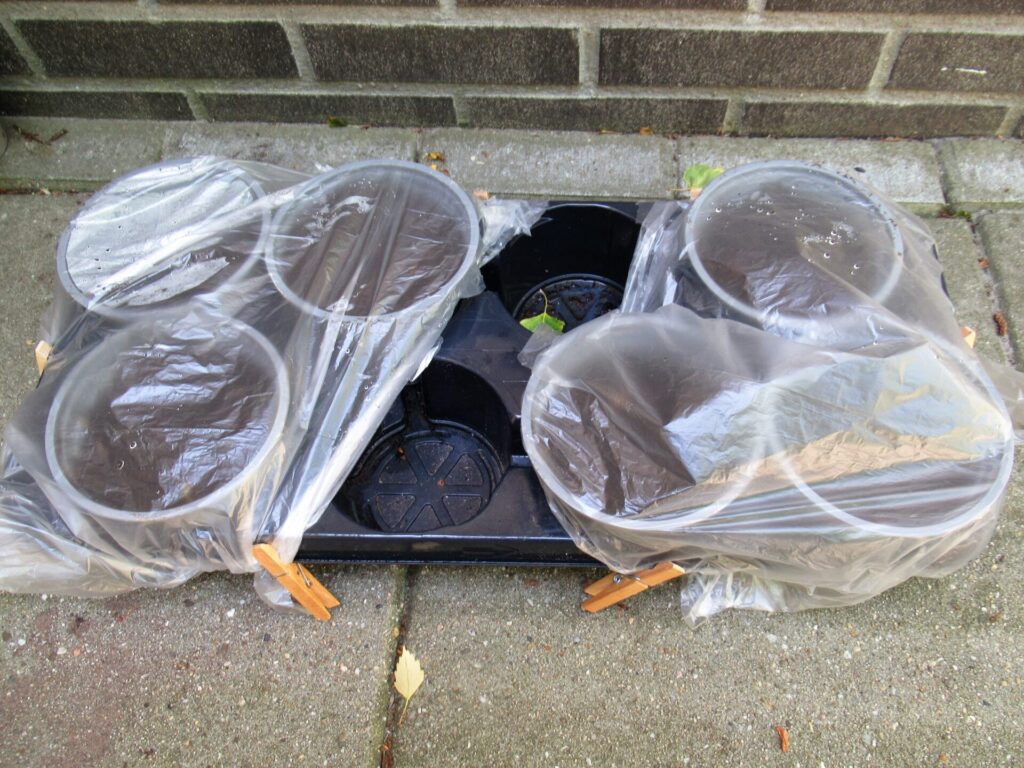 Now, several days later, I’m really glad I planted the seeds in pots. If I hadn’t, they wouldn’t have stood a chance. Some other plants in the garden are already wilting in the heat.

I was sent 1.25 grams of seed and selected some of the plumpest, most promising looking ones. 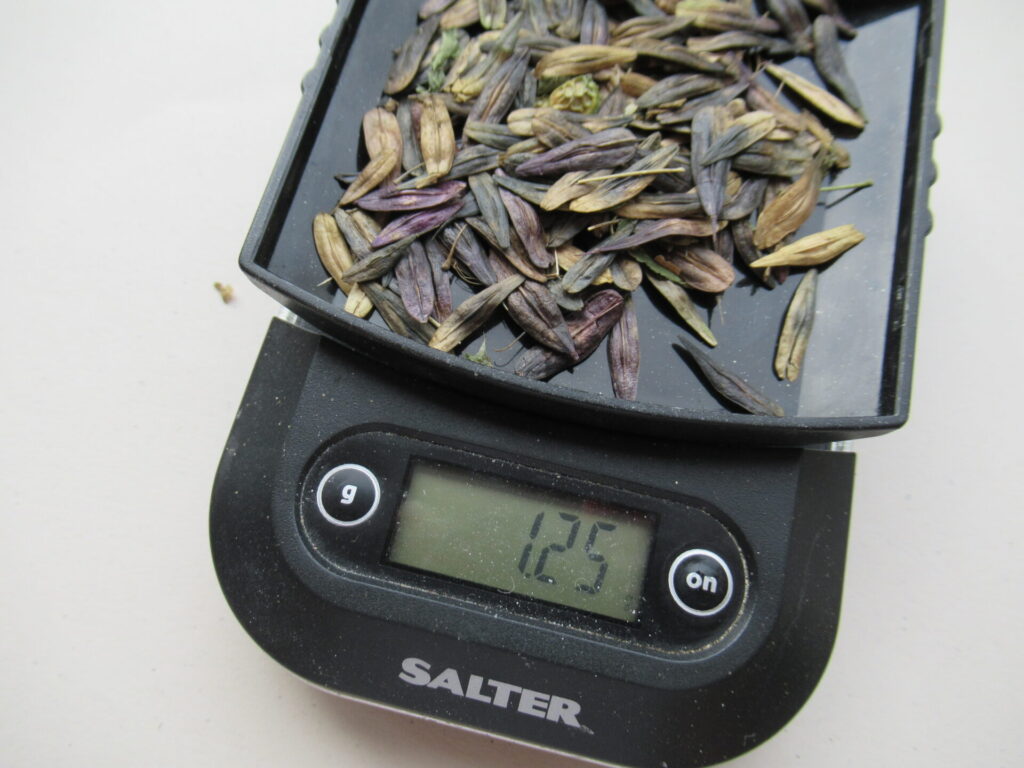 Using only 3 seeds per pot, I have quite a few left. I thought of giving them to a friend, but I’m keeping them for the time being, in case the seeds don’t germinate and I need to try again. I’m hovering over them like an anxious mother hen. Am I using the right kind of soil? Are the seeds still moist? Aren’t they too wet? Are they getting enough sunlight?

I’ll keep you updated about their progress. In the meantime, here are a few links for those of you who’d like to know more.